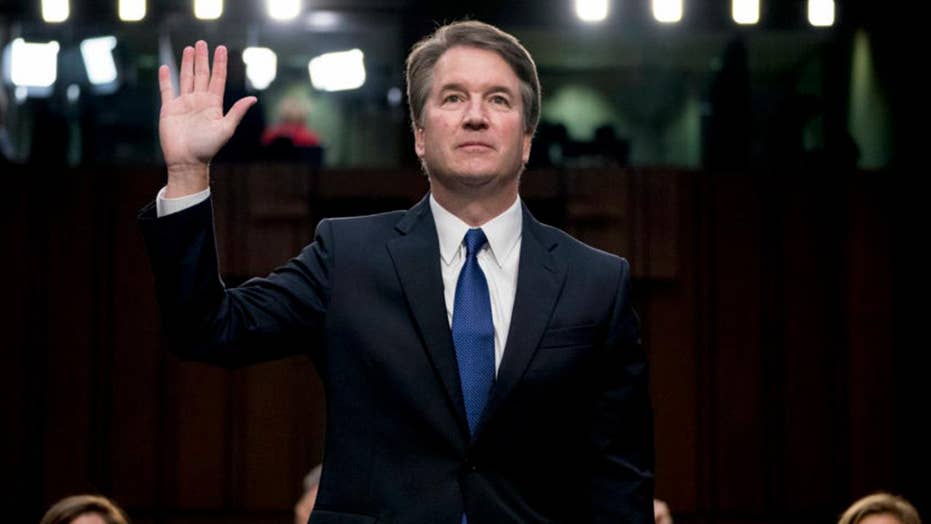 Fox News contributor Lisa Boothe on whether the #MeToo movement has made it impossible for someone to clear their name in the court of public opinion.

As Democrats come under pressure over their handling of the sexual assault accusation made against Supreme Court nominee Brett Kavanaugh, at least one Democrat is peeling away from the escalating calls for delay.

Democrats have demanded that Republicans delay the confirmation vote on Kavanaugh until a full FBI investigation is carried out into an accusation made by Christine Blasey Ford -- who claims Kavanaugh assaulted her in high school at a party in the 1980s.

Republicans have said that an FBI investigation is unnecessary, and have instead invited Ford to testify to the Senate Judiciary Committee on Monday in either open or closed session, and have attacked Democrats for sitting on the accusation since July.

"The fact is that these allegations could have been raised both within the last seven weeks and in a way that protected Dr. Ford's anonymity," Commitee Chairman Chuck Grassley, R-Iowa, said in a letter to Ranking Member Dianne Feinstein, D-Calif., Wednesday.

"Instead you chose to sit on the allegations until a politically opportune moment. I cannot overstate how disappointed I am in this decision," he wrote. 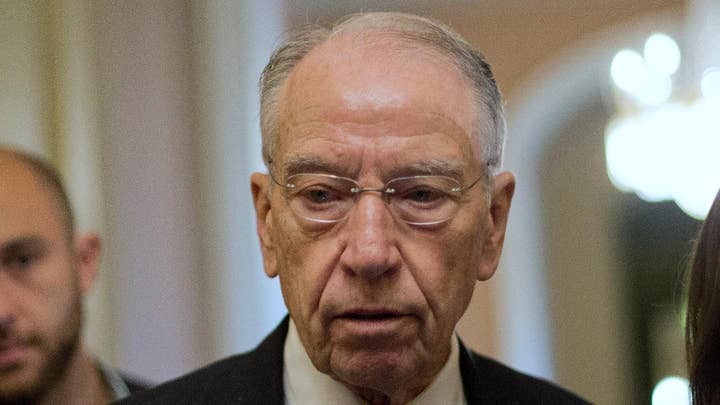 Grassley has indicated that if Ford does not testify on Monday, then the committee will proceed to a vote on confirmation. Ford, meanwhile, has said she will not testify unless there is a full FBI investigation over the accusation.

Democratic Senate candidate Phil Bredesen, who is running in the deep-red state of Tennessee,  appeared to support that position and said that while Ford “has a very credible story,” the committee should "go forward" if she declines to testify.

"She has put herself out there,” Bredesen said in an interview with The Associated Press. “If she decided at this point to not do something, I guess the committee has to go ahead and say, ‘Well, we were willing to listen, but if she’s not willing to talk, we need to go forward.’”

This is out of step with committee Democrats, who have backed Ford and accused Republicans of trying to force her to testify at a “sham” hearing.

Democratic Senate candidate Phil Bredesen has said that the Senate Judiciary Committee should vote if Brett Kavanaugh's accuser does not testify. (AP)

The Tennessee race is among the most competitive in the country as Bredesen is running against Rep. Marsha Blackburn, R-Tenn., and looks to keep his distance from Washington Democrats. The seat is open because Sen. Bob Corker is retiring.

Bredesen did not say whether he would vote to confirm Kavanaugh, although he did say that if the allegation were true, it was “close to being disqualifying, if not disqualifying.”

Currently Republicans hold a majority in the Senate and as long as moderate senators, such as Lisa Murkowski, R-Alaska, Jeff Flake, R-Ariz., and Susan Collins, R-Maine, vote along party lines -- Kavanaugh’s confirmation would seem assured.

But even if some Republicans vote against Kavanaugh, his confirmation could still go through if red-state Democrats vote for him. Sens. Joe Manchin, D-W.Va., Heidi Heitkamp, D-N.D. and Joe Donnelly, D-Ind., voted for the confirmation of Justice Neil Gorsuch in 2017.

Donnelly on Wednesday said that the FBI should investigate Ford’s allegation and said there was “no need to rush.”

"I have thought from the start that we're better off having more information, that the FBI's role in this process is to do a thorough background review of the nominee. And so I would prefer to have that. I don't think there's a need to rush," Donnelly told The Journal Gazette.

Manchin, meanwhile, tweeted Monday that both Ford and Kavanaugh should be given the opportunity to testify "as quickly as possible."