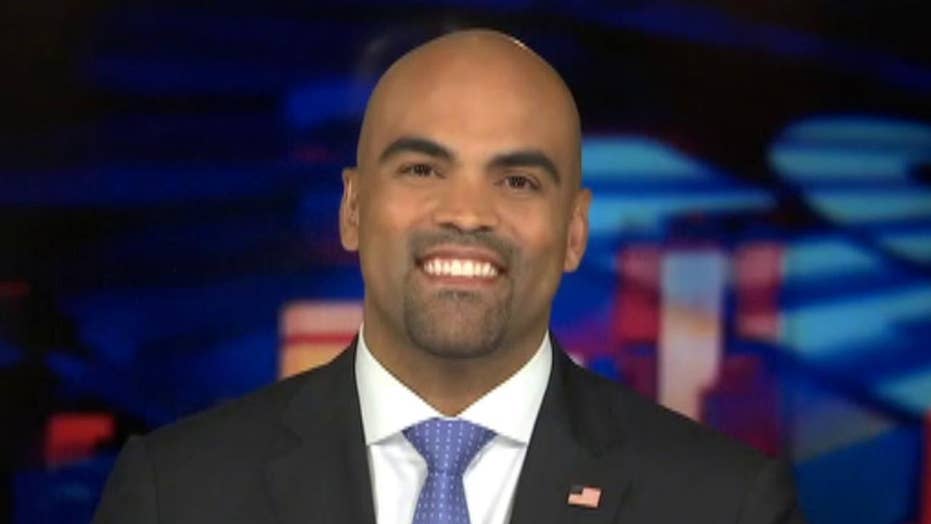 Speaking exclusively to Fox News'  Dana Perino on "The Daily Briefing," Allred, 35, insisted he wants to survey the field before making any commitments. The 78-year-old Pelosi, in a letter to members and members-elect of Congress Wednesday night, formally announced her candidacy to reclaim the speakership.

"I really do want to see who's running. I want to talk to them, I want to hear what their ideas are, and I want to get a few commitments as well," Allred said. "Beginning with infrastructure, I think that should be one of the first things on our docket in the House."

Allred, a lawyer with a Berkeley Law School degree who also worked as an Obama administration official, added that "the most important thing to me is that we make sure we take care of our needs here" in north Texas.

"I think a lot of Democrats want a change."

Other Democrats have registered apparent concerns about giving the gavel back to Pelosi, whom Trump has regularly slammed as too elderly and corrupt to be the face of a serious opposition. Tim Ryan, D-Ohio, told Fox News on Sunday that "It's not going to be a coronation" for Pelosi.

"I think a lot of Democrats want a change," Ryan, who challenged Pelosi for the speakership in 2016, said in an interview.

Allred's win over Sessions, who chairs the influential House Rules Committee, win was seen as a sign by some analysts that areas of Texas are shifting leftward amid demographic changes and increasing concern over health-care coverage for people with preexisting conditions.

Another potential indicator: the narrow win that GOP Sen. Ted Cruz achieved against well-funded insurgent challenge from Beto O'Rourke in the most expensive Senate race in history.

Although Sessions had the benefit of a congressional district effectively drawn just for him in 2011, the district went  for Hillary Clinton by 2 points in 2016, a year that Sessions won his race easily. And Sessions raised significantly less money than Allred during the campaign.

But in a sign that Texas remains deeply conservative overall, popular GOP Gov. Greg Abbott, who has higher favorability ratings than Cruz, defeated Democrat Lupe Valdez by more than 14 points on Tuesday.

For his part, Allred framed his House contest as a local referendum.

"This community is looking for change," Allred said after his victory was called. "They want new ideas. They want a fresh approach and that's what I want to give them. This win is a message to Washington."