A Georgia Democratic congressman repeatedly compared President Trump to Nazi leader Adolf Hitler during a fiery speech at a Baptist church in Atlanta this week. (Getty)

A Georgia Democratic congressman repeatedly compared President Trump to Adolf Hitler during a fiery speech at a Baptist church in Atlanta this week.

The Atlanta NAACP posted video online of Rep. Hank Johnson's speech in which he compared the president to the Nazi leader responsible for the killing of 6 million Jews during World War II.

“Much like how Hitler took over the Nazi party, Trump has taken over the Republican Party,” Johnson said Tuesday.

The congressman also said, “Americans, particularly black Americans, can’t afford to make that same mistake about the harm that could be done by a man named Hitler or a man named Trump.”

The comments, according to the Atlanta Journal Constitution, took place during a celebration to mark the 156th anniversary of the implementation of the Emancipation Proclamation. During his speech, Johnson repeatedly accused Trump of racism.

“Americans elected an authoritarian, an anti-immigrant, racist strongman to the nation’s highest office,” Johnson said. “Donald Trump and his 'Make America Great Again' followers…want to return American back to a time where white men and white privilege were unchallenged, and where minorities and women were in their place.”

Johnson is hardly the first anti-Trump figure to make a Hitler comparison, following others like actress Jane Fonda and “The Daily Show” host Trevor Noah. 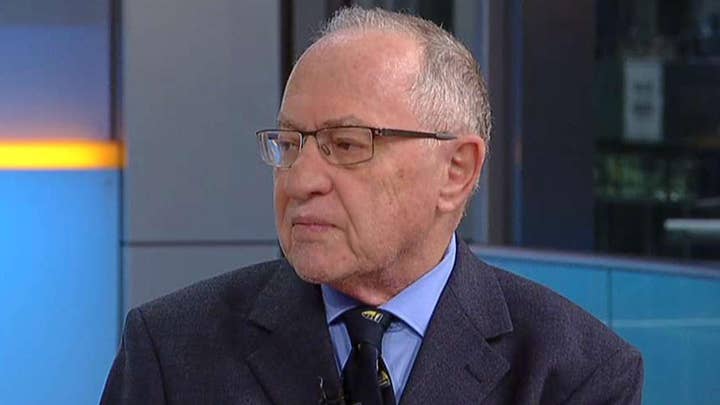 But that comparison been criticized as irresponsible by others, like Harvard Law School professor Alan Dershowitz, who says comparing anything to Hitler minimizes the atrocities of the Holocaust.

“To compare the American political system to anything that happened in the Holocaust is just outrageous,” Dershowitz said on “Fox and Friends” on Tuesday.

Johnson, who represents Georgia's 4th district, has made news over head-turning comments before. In 2010, he famously expressed “fear” during a congressional hearing that Guam could "tip over and capsize" because of overpopulation.