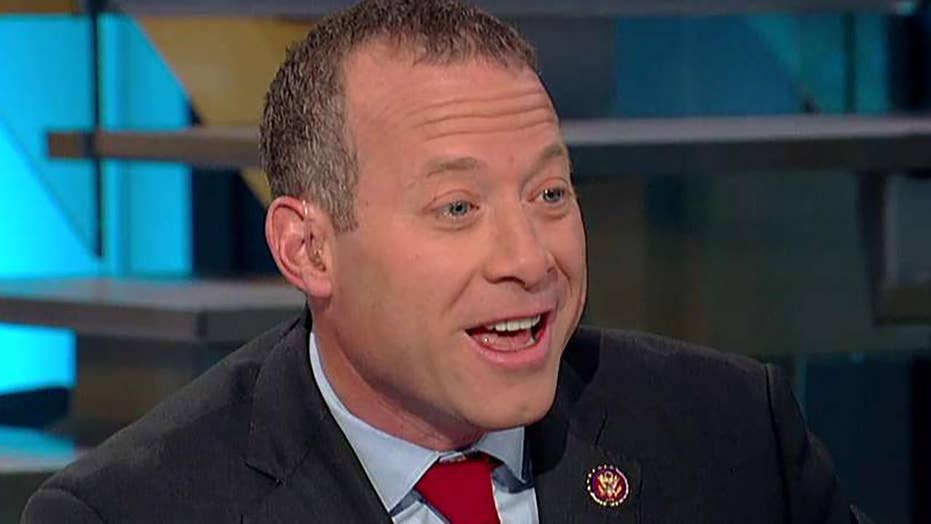 N.J. Rep. Josh Gottheimer says the party needs to balance strong oversight and the other issues important to Americans.

A New Jersey congressman says that a resignation letter bearing his name and confessing to a sexual relationship with a staff member did not come from him.

The letter, dated July 29, was mailed to other elected officials and purported to be from Rep. Josh Gottheimer, D-N.J. Reportedly on congressional letterhead, the note referred to an affair with an aide, according to NorthJersey.com.

"This disgusting smear campaign is a violation of federal law and is being criminally investigated by the U.S. Capitol Police," Gottheimer said. "I am confident that they will quickly identify and pursue charges against the perpetrators responsible for this crime.”

The congressman insists he did not send the letter and that no such affair took place, calling the account "completely untrue." The signature on the letter seemingly did not match Gottheimer’s.

A representative from Gottheimer’s office who spoke to Fox News described the letter as a “criminal hoax” and confirmed that the Capitol Police were looking into it.

Democratic strategist Bob Sommer, who is also Gottheimer’s friend, was confident that the person behind the letter will be discovered, stating, “You have to be pretty Russian to get away with this.”

This is the second time in the past week that a letter about Gottheimer went out, with a previous one claiming to be from a staff member.