Drug Enforcement Administration officials acknowledged Tuesday that the southwest border was a "major entry point" for cartels while announcing an initiative that aims to curb the flow of fentanyl.

The DEA said the operation, dubbed "Project Wave Breaker," would aim to "disrupt the flow of fentanyl in and around the United States." Authorities will work to "target the activities of Mexican transnational criminal organizations" that traffic the deadly opioid across the border."

"While a major entry point for fentanyl is the Southwest border, the cartels are spreading their poison into communities across the Nation," DEA Acting Administrator D. Christopher Evans said in a statement. "Through this initiative, we’re tackling a very real public health, public safety, and national security threat, identifying the most egregious street-level networks in our communities and working our way up through the supply chain." 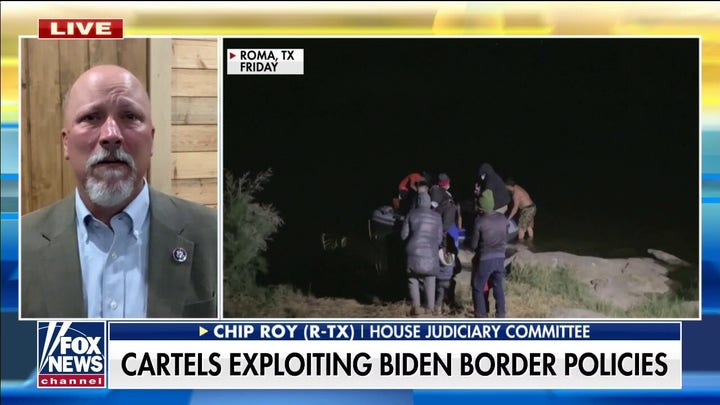 The operation was announced amid scrutiny of the Biden administration’s handling of a mounting crisis at the southern border. GOP lawmakers have argued that the Biden administration's reversal of Trump-era immigration policies has placed further strain on overwhelmed facilities and allowed cartels to exploit weaknesses at the border.

In March, Rep. John Katko, R-N.Y., the ranking member of the House Committee on Homeland Security, said cartels were "masterfully" exploiting the southern border due to the Biden administration’s policies. In response the Biden administration has argued that former President Donald Trump neglected the situation at the border and oversaw policies that were ineffective and inhumane.

The DEA’s St. Louis Division will oversee the operation.

"DEA St. Louis Division sits at the crossroads of America, with illegal drugs being moved to Chicago and the Northeast, as well as ending up in our neighborhoods," said Special Agent in Charge Todd Zimmerman, head of the St. Louis Division. "Fentanyl has caused more deaths and more disruption to families than any drug in my time with the DEA. People should be aware of how dangerous it is, and why the DEA will continue to use every resource available to identify those who are contributing to the crisis."