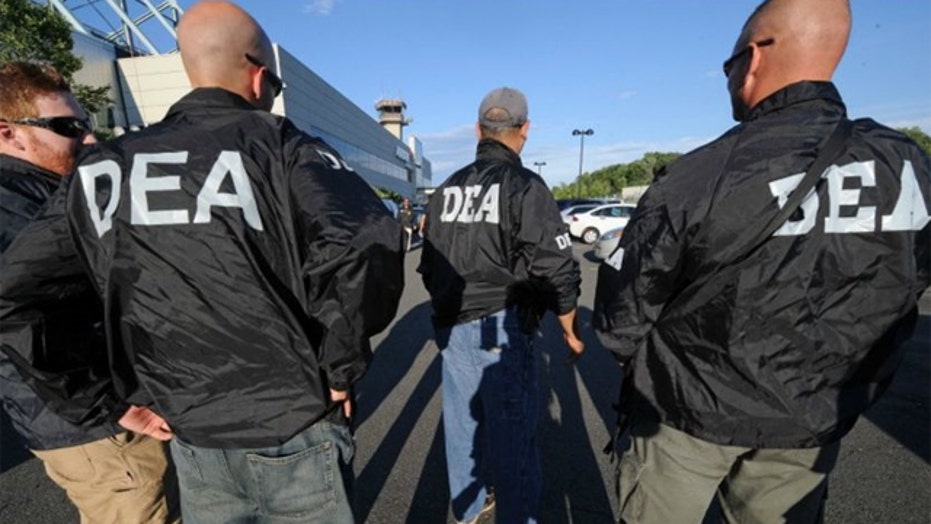 Drug Enforcement Administration agents have been accessing personal medical files without a warrant, generating a backlash from doctors and privacy advocates who say the practice is intrusive and unconstitutional -- and have taken the agency to court.

The controversial record searches are part of the government's effort to crack down on illegal “pill mills” and prescription drug abuse. But they've set up a clash over privacy rights, and a legal battle is now playing out in the 5th and 9th Circuit appeals courts. Lower courts have issued conflicting rulings to date, with one backing the DEA and another demanding the agency get warrants if it wants to look at patient records.

The DEA has been able to access medical files as well as private state prescription drug records that track patient medical histories by using what are known as administrative subpoenas, which unlike warrants signed by a judge do not require probable cause. Further, critics say the agency has “tricked” doctors into handing over documents by showing up with state medical board officials for searches and not identifying themselves, in turn giving the impression they're with the board.

Mari Robinson, executive director of the Texas Medical Board, did not deny in a 2014 congressional hearing that the DEA did this on numerous occasions. She said the board often conducts joint investigations with the DEA, and “what they [DEA] do is up to them.”

Moore, lead attorney in one of the federal court cases, said doctor-patient confidentiality is sacrosanct and the DEA's practices could undermine that trust. “People are going to doctors and giving over private information they believe is absolutely confidential,” Moore said. “Now they are going to be on guard, they’re going to say, ‘why am I going to tell my doctor everything if I think the government is going to get that information?’”

The DEA strongly disagrees. “It is the DEA’s position that the DEA has issued administrative subpoenas in compliance with all applicable laws, policies and procedures," DEA spokesman Lawrence Payne told FoxNews.com Friday.

Moore is lead attorney in the case of U.S. v. Abbas T. Zadeh, a Texas doctor who refused to hand over the records of 35 of his patients when the DEA demanded them through an administrative subpoena in 2013.

Zadeh, a general family practitioner with over 60 years of experience in medicine, died Sept. 5 at the age of 90, according to Moore. Moore said before he died, Zadeh told her not to give in.

“It was very important for him to stand up for the privacy of his patients,” said Moore, who believes the DEA is using the administrative subpoenas to circumvent the 4th Amendment, which prohibits unreasonable searches and seizures by the government.

After losing his battle in a lower federal court earlier this year, Zadeh's attorneys filed an appeal, which is pending before the 5th Circuit. They are waiting to see if the court will hear oral arguments, Moore said.

“Conceivably, there is nothing more private than medical communications,” Nathaniel Lacktman, a Tampa, Fla., attorney who specializes in telemedicine, told FoxNews.com. “This could have a chilling effect on patients, if they think their records could be subpoenaed without probable cause.”

The government argues they are legitimately pursuing violators of the Controlled Substances Act by tracking prescriptions on the Schedule II-IV list of controlled substances, which can include anything from oxycodone, morphine and percocet to amphetamines and anabolic steroids. These drugs normally are used with legitimate prescriptions to treat chronic pain, psychiatric disorders, addiction, ADHD, AIDS and more.

The DEA says Congress gave the agency the tools to do this, and agents don’t need probable cause -- they merely have to maintain that the records are relevant to an investigation, that the investigation is legitimate, and that the information gleaned from the search won’t be used inappropriately.

The lower federal court in Zadeh’s case sided with the government, saying the DEA followed the law and did not violate the 4th Amendment because, “Congress granted the DEA the administrative subpoena power as a tool to conduct those investigations.”

But, separately, an Oregon federal judge ruled in February that the DEA has no right to access prescription records in the state’s Prescription Drug Monitoring Program (PDMP) database without a court order. Most states have these databases, in which all pharmacies are mandated to record names, addresses and other information for patients who receive prescriptions for Schedule II-IV drugs.

In one request, according to The Oregonian, the DEA asked for a year’s worth of records for all controlled substances prescribed by two unidentified doctors. In another, according to court documents, the state of Oregon was forced to comply with a subpoena forcing the PDMP to turn over all prescriptions written by one particular doctor over the course of seven months.

The government has appealed the judge’s ruling and that case is now pending before the 9th Circuit.

“We cannot argue that the DEA or any other law enforcement should be totally shut out of these records,” said Nate Wessler, staff attorney for the American Civil Liberties Union, which is representing four unnamed plaintiffs in the Oregon case whose records were searched, they believe, illegally.

“We are saying they should go to a judge first and demonstrate probable cause and get a warrant -- that is what the Fourth Amendment requires.”