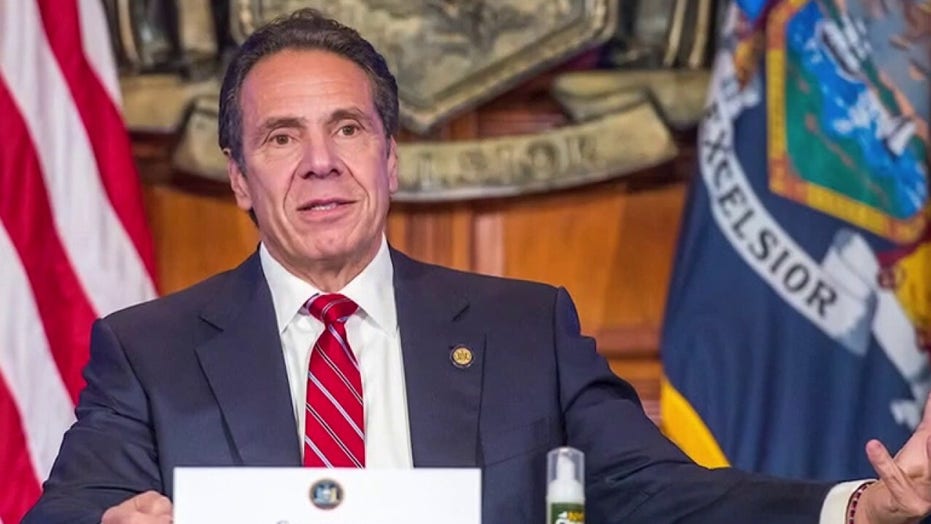 New York lawmaker says 'walls are closing in' on Cuomo, calls for resignation

On Sunday, one of the most powerful Democrat lawmakers in New York issued a statement calling for Gov. Andrew Cuomo, who has been ensnared by two major scandals, to resign from office.

Cuomo is facing multiple allegations of sexual harassment and a federal probe into his administration’s tally on COVID-19 deaths tied to nursing homes.

State Senate Majority Leader Andrea Stewart-Cousins, a Democrat from Yonkers, said in a statement that the allegations are "drawing away from the business of government."

"New York is still in the midst of the pandemic and is still facing the societal, health and economic impacts of it [the virus]," she said. "We need to govern without daily distraction. For the good of the state Governor Cuomo must resign."

The Associated Press, citing an unnamed source, reported that Cuomo had a brief phone conversation with Stewart-Cousins and told her that he would not quit and that if they want him out of office, they would need to impeach him.

Since the statement from Stewart-Cousins, more lawmakers from the state have stepped forward and are calling for his resignation.

According to a tally from Fox News, a total of 37 lawmakers from either the Assembly or state Senate want him to resign, and 10 have called for impeachment.

Cuomo has flatly denied some of the allegations against him and his office has denied altering the count of nursing home deaths.

State officials now estimate that more than 15,000 residents of New York's nursing homes and long-term-care facilities may have died of the coronavirus -- a much larger number than the 6,400 estimate state officials previously reported, according to a story published Thursday night by The Wall Street Journal.

Cuomo was once embraced by many in the media and was seen as the moderate Democrat who could one day be the party’s presidential nominee.

Progressive columnist David Sirota of The Guardian asserted that waiting until "harassment is investigated" would ignore what he called Cuomo's "other big scandal."

Lindsey Boylan, one of Cuomo's accusers, took to Twitter on Saturday after another woman came forward, and posted, "Resign you disgusting monster."