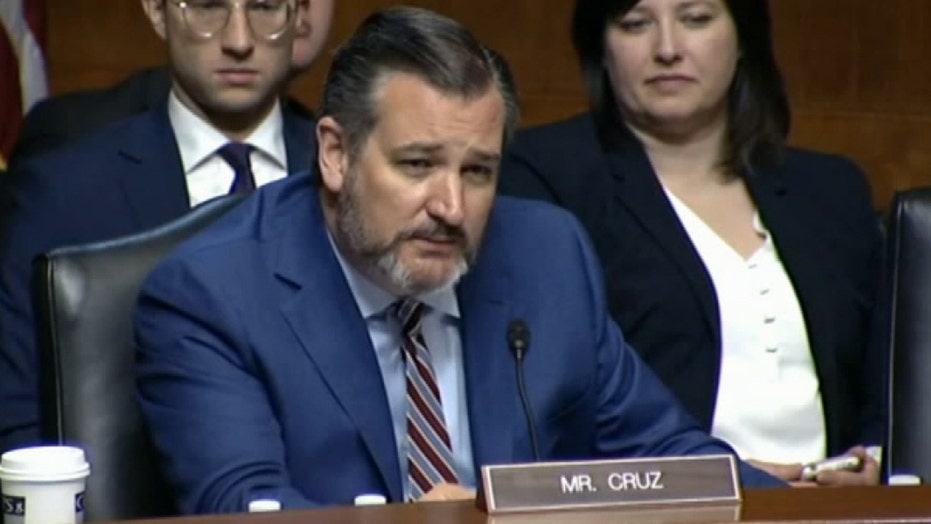 Cruz turns tables on Sotomayor for her dissent

Republican Sen. Ted Cruz on Tuesday tore into Supreme Court Justice Sonia Sotomayor for a widely noticed dissent in which she blasted her colleagues for lifting injunctions on controversial Trump administration policies.

During a Senate Judiciary Committee hearing on the use of nationwide injunctions – which stop policies from taking effect – Cruz cast the blame on liberal jurists for what he described as an abnormal number of these measures against the Trump administration in the first place. He accused judges of acting as "partisan political activists."

This, he argued, has reasonably resulted in the government fighting back.

"I read it a little bit like an arsonist complaining about the noise from the fire trucks," Cruz said of Sotomayor's dissenting opinion in Wolf v. Cook County, which dealt with regulations placing restrictions on non-citizens applying for visas to enter the U.S.

"It is hard to say what is more troubling," Sotomayor wrote, "that the Government would seek this extraordinary relief seemingly as a matter of course, or that the Court would grant it," she wrote.

But Cruz turned the issue around, stating that the Trump administration would not have to take such measures if judges were not granting an unusual number of nationwide injunctions.

“If you look to the facts of what’s happening with nationwide injunctions, I think it will explain why the Department of Justice has had to ask the Supreme Court to intervene over and over again,” Cruz said.

Cruz noted that one-third of all nationwide injunctions have come from California courts, and that two-thirds of the states have not produced any.

“So you have a handful of courts that are driving this," he said.

Cruz also pointed to the disparity between the number of nationwide injunctions granted against the Trump administration compared with previous administrations.

Cruz defended the Justice Department, stating that the administration is fighting back against activist judges who are trying to interfere with politics.

"I believe we have a handful of judges who are operating effectively as part of the resistance movement, putting themselves in the way of Trump policies they happen to disagree with," he said.

Trump himself spoke out against Sotomayor earlier in the day, during a press conference in New Delhi, India.

“I just thought it was so inappropriate, such a terrible statement for a Supreme Court justice,” he said. “She’s trying to shame people with perhaps a different view into voting her way, and that’s so inappropriate.” Trump had previously tweeted about Sotomayor's dissent, calling it "a terrible thing to say."