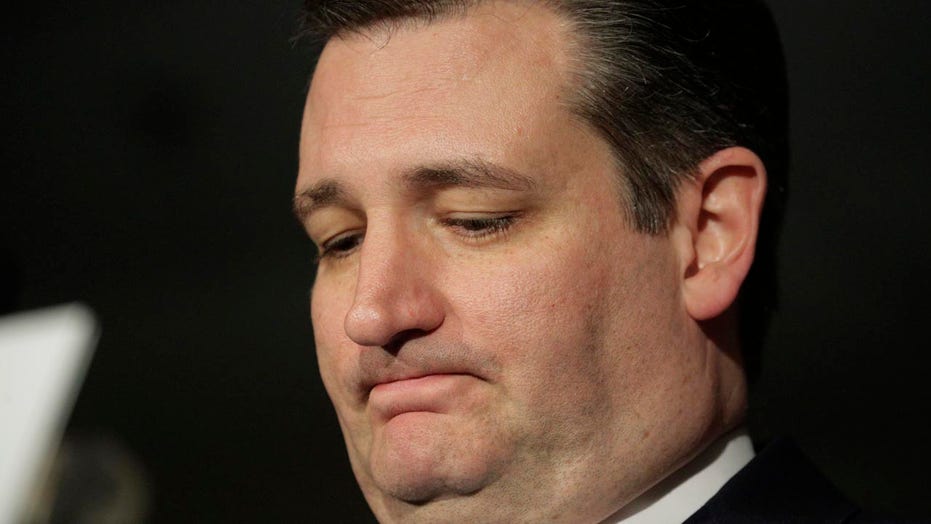 The Texas senator announced that he's asked for the resignation at a press conference Monday afternoon.

“We are not a campaign that is going to question the faith of another candidate. Even if it was true, our campaign should not have sent it. That’s why I’ve asked for Rick Tyler’s resignation,” Cruz said in Nevada, ahead of the state's GOP caucuses on Tuesday. “The standards of conduct in this campaign have been made absolutely clear.”

Tyler originally had linked to a story showing a video of Rubio walking by a Cruz staffer and Cruz’s father Rafael, who were reading the Bible in a hotel lobby. The original subtitles on the video showed Rubio saying to the staffer, “Got a good book there, not many answers in it.”

But after Tyler linked to the story, Rubio communications director Alex Conant tweeted out the same video with what he says are the correct subtitles -- and they tell a very different story.

In them, Rubio actually says of the Bible, “All the answers are in there.”

Conant called the move “another dirty trick” by the Cruz campaign.

Cruz on Monday said it was a “grave error in judgment” – but at the same time accused Rubio of exploiting the controversy for political advantage and to distract from his own record.

“We are going to stay focused on issues and substance and record,” he said.

Donald Trump, meanwhile, delighted in the news, taking to Twitter to slam the “dirty tricks”

“Ted Cruz has now apologized to Marco Rubio and Ben Carson for fraud and dirty tricks. No wonder he has lost Evangelical support!” Trump tweeted.

Rubio also had criticized the Cruz campaign last week for using a doctored image of Rubio supposedly shaking hands with President Obama. This, after the Cruz campaign also faced accusations of spreading false rumors on Iowa caucus night that Ben Carson was dropping out -- when in fact Carson had only announced he was going to Florida to pick up some fresh clothes.

Cruz has described the Iowa caucus incident as a simple mistake, blaming it on a media report regarding Carson's travel plans.

Tyler, meanwhile, told Fox News earlier Monday that he made a mistake.

"I posted in haste, I should not have done it," Tyler told Fox News' Martha MacCallum. "It was a mistake and I would not knowingly post something I knew to be false."

Tyler also apologized Sunday on Facebook, noting the Cruz staffer in the video said Rubio made a “friendly and appropriate remark.” (The source of the original report, The Daily Pennsylvanian, has nevertheless stuck by its original transcript of Rubio's remarks.)

Tyler is a long-time political strategist. He served as spokesman for Newt Gingrich for 12 years, and also worked on political campaigns for former Rep. Ron Paul and former Rep. Todd Akin.