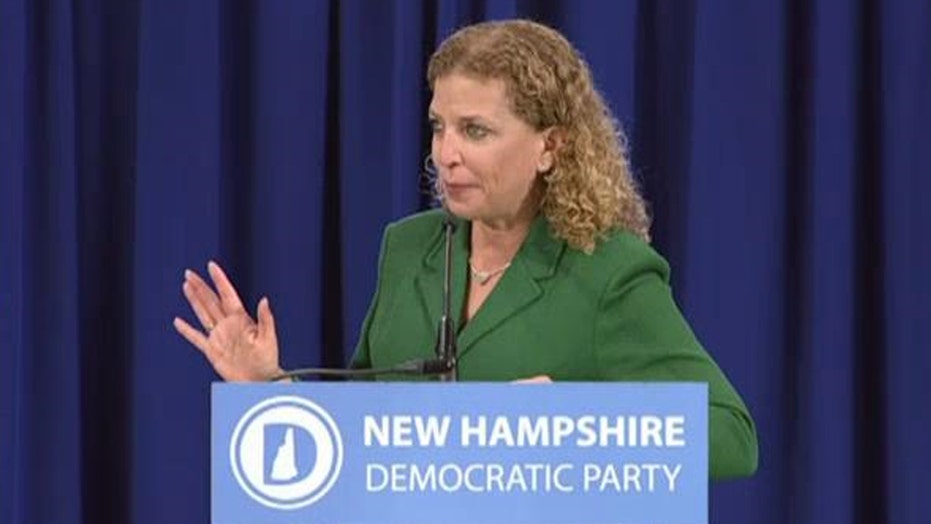 The event was the Democratic state party’s annual convention. And the incident was the latest in series in which the committee has been called on to have more than six sanctioned debates.

Critics of the debates, which begin October 3, suggest the schedule was conceived when Hillary Clinton was the clear frontrunner and by Clinton supporters who didn't think subjecting her to challengers was a good idea.

Wasserman Schultz has been criticized before, perhaps most notably by Democratic challenger Martin O’Malley. The former Maryland governor's polls numbers are in the single digits, and he needs the exposure of the debates, considering he has little campaign money and name recognition.

Wasserman Schultz has steadfastly said the committee, not her alone, has decided on the number of debates.

Clinton has said the debate scheduled is a matter for the DNC, not her, to decide. Her closest primary challenger, Vermont Independent Sen. Bernie Sanders, has also called for more debates.

Clinton, O'Malley and Sanders are all scheduled to speak at the convention in Manchester, N.H.

The GOP has 11 sanctioned primary debates.