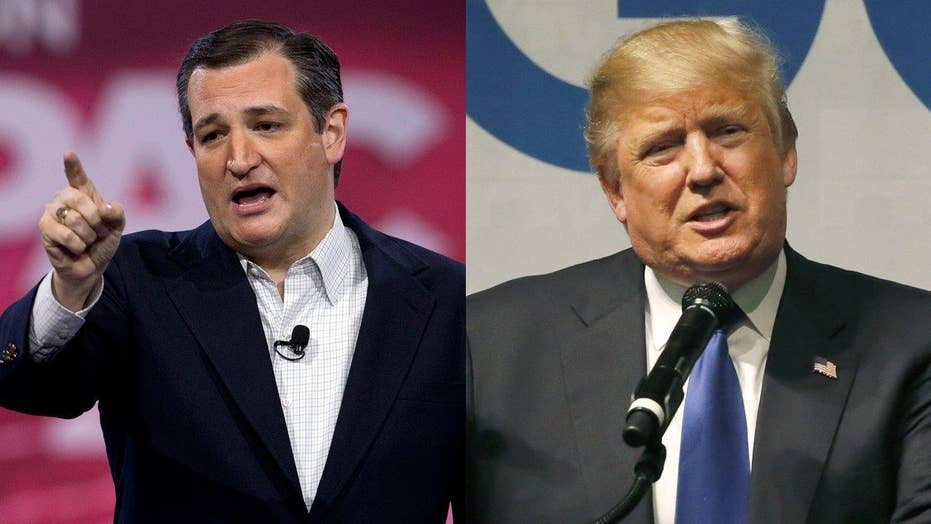 Republicans have a rare opportunity to control the White House and Congress come January, but a win by either of the party’s top presidential candidates – Donald Trump or Ted Cruz – hardly guarantees a GOP revolution in Washington.

For a Republican president to usher through a sweeping first-term agenda, he’d have to get along with Congress. And the jury’s out on whether that would happen.

House Speaker Paul Ryan, R-Wis., and Senate Majority Leader Mitch McConnell, R-Ky., already have sniped with Trump and Cruz as the outsider candidates have climbed atop the GOP presidential field, threatening to dismantle the Washington “establishment” that they embody.

Trump and Ryan, in particular, tangled last week – albeit obliquely enough to leave open a window for working together – after Trump initially declined to disavow support from ex-Ku Klux Klan leader David Duke.

“This party does not prey on people’s prejudices,” Ryan said during his weekly Capitol Hill press conference, in remarks directed at Trump. “We believe all people are created equal in the eyes of God and our government. This is fundamental. And if someone wants to be our nominee, they must understand this.”

That same day, McConnell said: “Let me make it perfectly clear, Senate Republicans condemn David Duke and the KKK and his racism.”

However, when asked what he’d do if the nominee were Trump, Ryan nevertheless said: “I will support the nominee.”

Trump, whose primary selling point is that he’s a practiced and effective negotiator, predicts that if he’s the nominee and if he wins in November, he’ll be able to work with Congress just like he’s worked with countless other negotiating partners.

After winning seven states in Super Tuesday balloting last week, Trump addressed the questions at a press conference where he acted more like Trump the GOP nominee, than Trump the primary candidate.

But he added a blunt warning: “And if I don't, he's going to have to pay a big price, OK?”

As for the KKK controversy, Trump has since disavowed the support and brushed off the criticism.

The last time Republicans controlled the House, Senate and White House was from 2003 through 2006, during the George W. Bush administration.

While Trump’s controversial proposals, shifting positions and crass rhetoric have rankled some in party leadership, Cruz has diplomatic challenges of his own on Capitol Hill.

Cruz, a freshman Texas senator, has been at odds with GOP congressional leadership practically since he joined the Senate -- most notably for orchestrating the unpopular 2013 partial government shutdown over funding ObamaCare that voters blamed on Republicans.

“Trump would have a much tougher time than Cruz,” Joe Desilets, a Republican strategist and managing partner at 21st &Main, said Monday.

He pointed out that Cruz is not the preferred candidate among most members of Congress -- but he still has a history of working with the establishment, particularly on domestic policy, and that members know exactly where he stands on issues.

“With Trump, no one actually knows,” Desilets said.

On Thursday, Ryan acknowledged that Trump had “reached out” and that he was “pleased” with the effort, while making clear he’s trying to brief all four GOP candidates about his agenda and remains “neutral” in the primary race.

Ryan's office said Monday that the speaker has also spoken with Cruz.

Ryan also reiterated his five-point agenda that focuses on national security, balancing the budget, growing the economy, replacing ObamaCare and trying to “restore” the Constitution.

“I can only hope and assume our nominee will want to enact the bold conservative agenda that we’re offering,” he said. “It’s something everybody running for president should easily support.”

Texas GOP Rep. Bill Flores warned about battling against the angry-electorate energy that Trump would bring to Washington.

“If we dismiss the national sentiment out there, we do it at great peril,” he told The Washington Post.

Still, Ryan’s at-hand struggle to get the GOP House conference’s most conservative members to agree with a bipartisan spending bill, which includes roughly $30 billion in spending, suggests the Tea Party-aligned Cruz might be more challenging than Trump as president.

"Do you want another Washington deal-maker who'll do business as usual, cut deals with the Democrats, grow government, grow debt and give up our fundamental liberties?" Cruz asked at a debate last month in South Carolina.