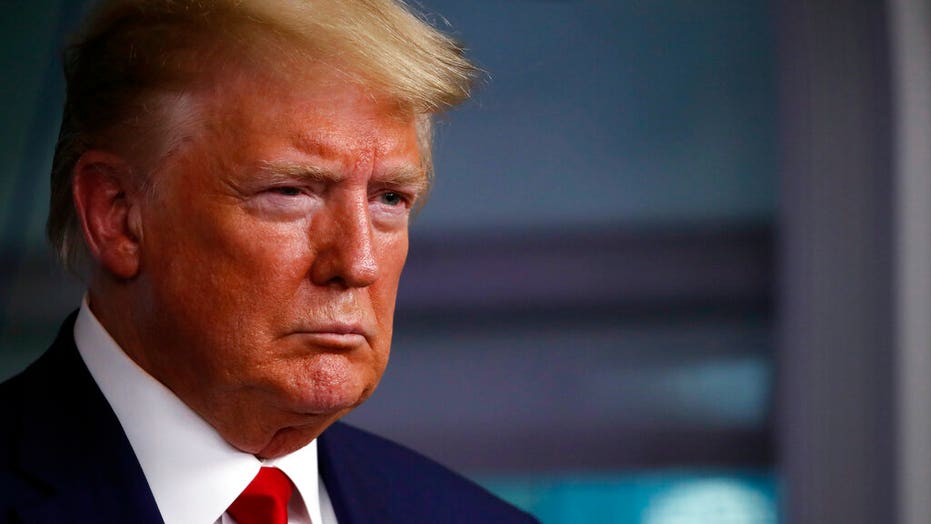 President Trump issued a major disaster declaration for Wyoming on Saturday, meaning that there is now such a declaration within all 50 states due to the COVID-19 pandemic.

It is the first time a president has ever declared a major disaster in all 50 states at once, according to Deputy Press Secretary Judd Deere.

The move comes as confirmed cases of the coronavirus reached at least 519,453 as of Saturday afternoon. At least 20,071 people have died in the U.S. due to the disease, a death toll surpassing the one in hard-hit Italy -- and a figure that has doubled, from 10,000 to more than 20,000, in just five days. Worldwide, confirmed cases have surpassed 1.75 million, and more than 100,000 people have died.

Wyoming Gov. Mark Gordon formally sought the declaration on Thursday in a letter to the president. The state had seen more than 200 cases of the coronavirus at that time.

“Though Wyoming has not reached the dire situations of some states, this declaration will help us to prepare and mobilize resources when we need them,” Gordon said.

The declarations make federal funding available for state and local governments, as well as some nonprofit organizations, according to the White House. They can also help state governments coordinate with federal resources like the Federal Emergency Management Agency (FEMA) and the Army Corps of Engineers.

The virus is highly contagious, and authorities at various levels of government around the country have been urging social distancing guidelines or implementing stay-at-home restrictions in an attempt to slow the spread.

Americans are being urged to avoid close contact with one another, maintain good hand-washing hygiene and avoid leaving their homes as much as possible.

Symptoms can include fever, cough and shortness of breath, according to the Centers for Disease Control and Prevention (CDC) – and they can range in severity from mild to deadly.

But there are signs that the social distancing guidelines are helping, according to the president.

“Nationwide, the number of new cases per day is flattening substantially, suggesting that we are near the peak and our comprehensive strategy is working,” President Trump said Friday at the daily White House coronavirus briefing.

With an eye on the future, the president also said that he would formally convene an "Opening our Country Council" next week comprised of doctors and business leaders who will aim to help reopen the U.S. economy, which has been snarled by widespread social distancing shutdowns.