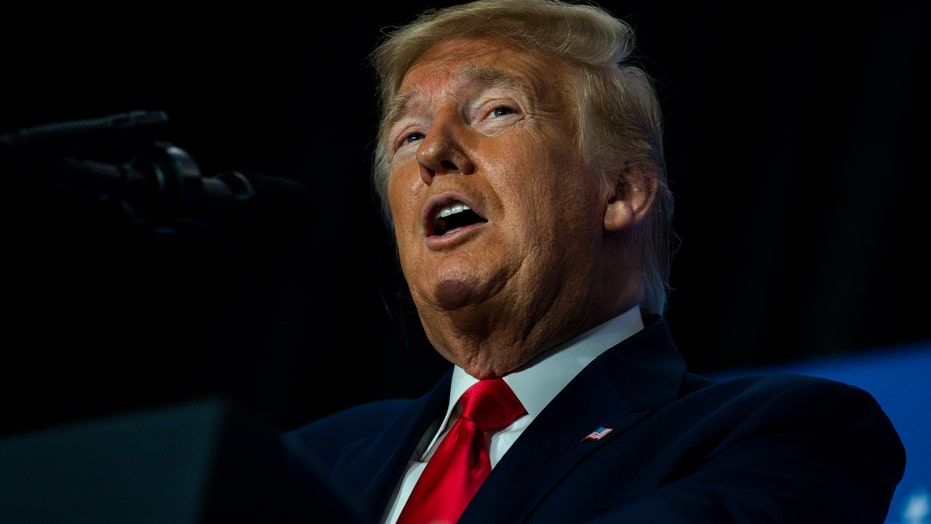 President Trump stresses that his top priority is the health of the nation, but the economy needs to remain healthy as well; chief White House correspondent John Roberts reports.

In an effort to calm the country and address the fears surrounding the novel coronavirus (COVID-19) outbreak, President Trump is set to address the nation from the Oval Office inside the White House on Wednesday, at 9 p.m. ET.

"I will be addressing the Nation this evening at 9:00 P.M. (Eastern) from the Oval Office," the first message read.

In his second tweet, he and called for unity in the face of the potentially deadly virus, and said the main priority of the media and the government should be the safety of all U.S. citizens.

"The Media should view this as a time of unity and strength. We have a common enemy, actually, an enemy of the World, the CoronaVirus," the president continued. "We must beat it as quickly and safely as possible. There is nothing more important to me than the life & safety of the United States!"

The planned speech came after health officials in Washington, D.C., recommended canceling or delaying major events and gatherings in an effort to limit the spread of the virus.

The stock market also took a hit in the face of the outbreak, with the Dow Jones Industrial Average dropping over 1,400 points in Wednesday's session.

As of Wednesday evening, there were over 1,100 confirmed cases of the virus in the U.S. nationwide, with 30 deaths.