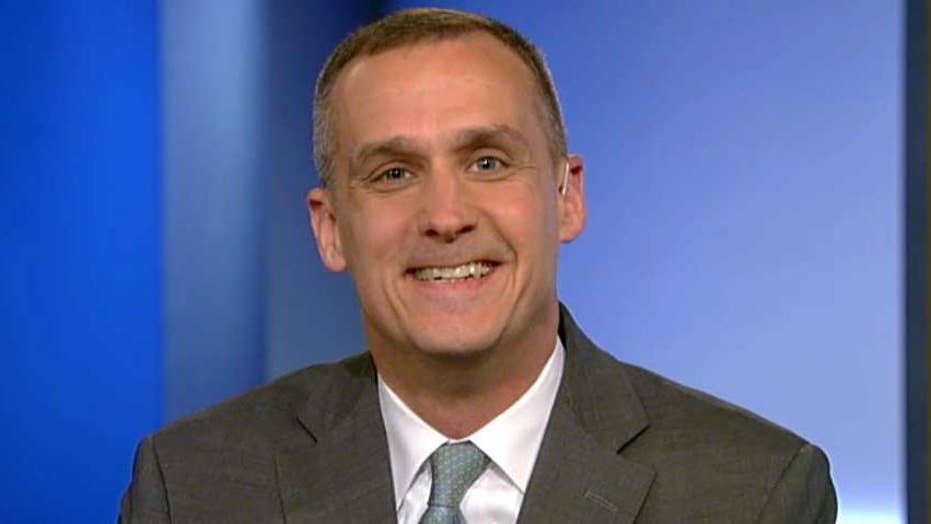 Lewandowski: John Kelly and I have a great relationship

Former Trump campaign manager Corey Lewandowski responds to report that White House chief of staff John Kelly grabbed him by the collar in near-brawl outside the White House.

Corey Lewandowski, President Trump's former campaign manager, on Tuesday played down recent reports that he got into a physical altercation last winter with White House Chief of Staff John Kelly, saying "John and I have a great relationship."

Lewandowski told Fox News' ‘The Ingraham Angle,' that whatever happened between Kelly and him is "completely irrelevant."

"What may or may not have taken place, ten months ago, eight months ago, is completely irrelevant to where we are today," he said.

The apparent scrape between the two men was recounted Monday in a New York Times article which quoted a "half-dozen people familiar with the events."

The report said Kelly supposedly grabbed Lewandowski “by the collar” amid an argument just outside the Oval Office, prompting the intervention of the Secret Service.

But Lewandowski ridiculed the report's attempt to use the incident as illustrative of Trump's supposedly "chaotic" White House.

"It didn't come to a 'near-brawl' by any stretch of the imagination," he said.

Lewandowski concluded his appearance on the program with a prediction of the post-midterm election results.

"We’re actually going to gain seats in the Senate (and) hold the House majority. That's because of the leadership of the Trump-Pence team," he said.