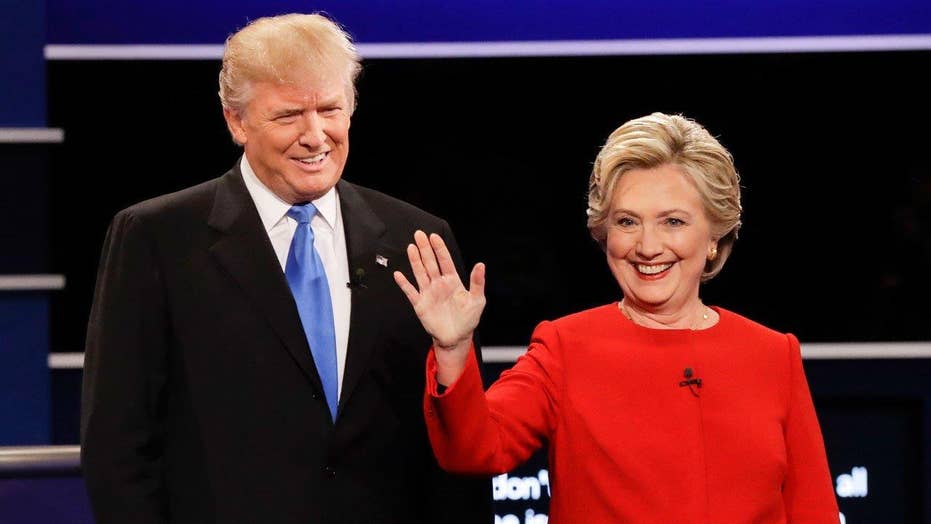 How the candidates' debate performance will impact the race

Did the voters get a better understanding of Trump and Clinton? Charles Krauthammer weighs in on 'The O'Reilly Factor'

The day after Donald Trump and Hillary Clinton traded verbal jousts in the most-watched presidential debate in history, the Republican and Democratic candidates slammed each other while thousands of miles apart Tuesday.

At an evening rally in Melbourne, Fla., Trump said the former secretary of state was "stuck in the past."

"For 90 minutes, on issue after issue, Hillary Clinton defended the terrible status quo, while I laid out a plan to bring back prosperity for the American people," Trump said Tuesday. "For 90 minutes, she argued against change. I want dramatic change."

The real estate mogul added that he was "holding back — I didn't want to do anything to embarrass her." Trump previously said he held back to avoid embarrassing the Clintons' daughter, Chelsea, who also was in the debate audience.

Trump repeated several attack lines against Clinton and resurrected the "Crooked Hillary" nickname he gave her earlier in the campaign.

"The only thing she's succeeded at is helping her donors and covering up her crimes," Trump said.

Earlier in the day, Clinton claimed Trump "didn't prepare" for Monday night's debate, the first of three that will take place over a period of 23 days.

"[He was] kind of digging me for spending time off the campaign trail, getting prepared," Clinton told supporters in Raleigh, N.C. "I'll tell you what else I'm prepared for, prepared to be President of the United States."

Clinton also repeated her debate speculation that Trump is refusing to release his returns because he goes years without paying any federal taxes. "That makes me smart," was Trump's coy response in the debate, but on Tuesday, Clinton insisted it was nothing to brag about.

"If not paying taxes makes him smart, what does that make all the rest of us?" she asked her supporters.

The next debate between Clinton and Trump will be held Oct. 9 in St. Louis.