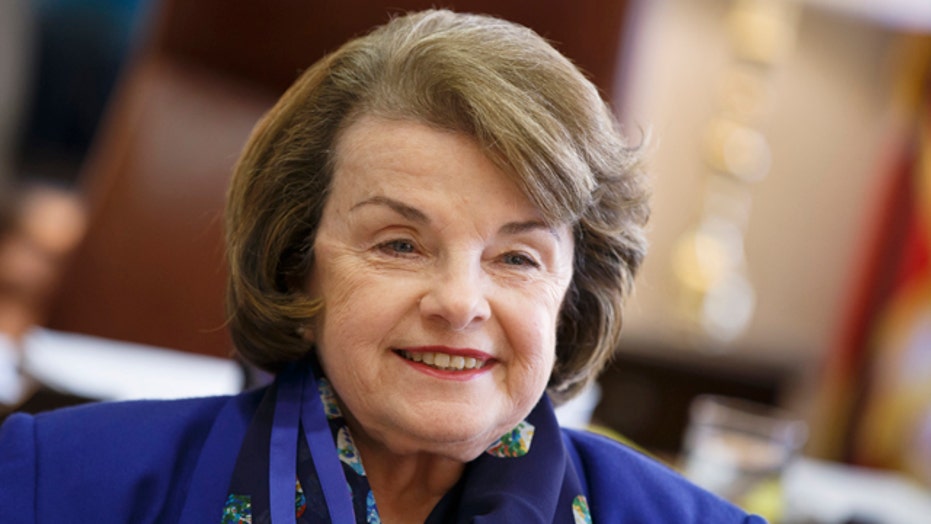 The controversy over Hillary Clinton's private email use is stoking tensions between her camp and fellow Democrats -- even the White House -- as some urge the former secretary of state to come forward and address the controversy publicly.

The Wall Street Journal reported Monday that President Obama's aides are privately voicing frustration that they've been left to defend her email practices, with Clinton so far saying very little. Clinton's only personal response to date has been a late-night tweet last week in which she said she's asked the State Department to make her emails public.

Even Obama, in an interview on CBS, addressed the controversy.

One senior administration official told the Journal that Obama's team will not "own" this issue.

"If they screwed up on the emails, if we find out they skipped over her emails . . . then that will be a problem for them, it'll be a scandal. But it's not one that we'll own," the official reportedly said.

Meanwhile, Sen. Dianne Feinstein, D-Calif., spoke out on NBC's "Meet the Press," saying Clinton "needs to step up and come out and state exactly what the situation is."

She added that from "this point on, the silence is going to hurt her."

Feinstein is the first major Democrat to urge Clinton to share details of the account's contents, some of which have been subpoenaed by a special House committee investigating the 2012 attack on the U.S. Consulate in Benghazi, Libya.

White House Press Secretary Josh Earnest again fielded questions about the emails at Monday's daily briefing. While Obama claimed in the interview aired over the weekend that he learned of the issue in the news, Earnest acknowledged Obama and Clinton traded emails during her tenure at the State Department.

"The president, as I think many people expected, did over the course of his first several years in office, trade emails with the secretary of state," Earnest said.

However, he said Obama was referring in that interview to the details of Clinton's home-based email setup and how Clinton was complying with the Federal Records Act.

Clinton attended an event in New York City on Monday, joining her daughter Chelsea and Gates Foundation Co-Chairwoman Melinda Gates for the release of a report on women's progress internationally. She did not address the email issue there.

Republicans, meanwhile, are turning up the heat.

Rep. Trey Gowdy, R-S.C., chairman of the Benghazi committee, told CBS' "Face the Nation" "there are gaps of months and months and months" in the emails the committee had previously received. "It's not up to Secretary Clinton to decide what's a public record and what's not," Gowdy said.

On CNN's "State of the Union, Rep. Darrell Issa, R-Calif., said the subpoena issued by Gowdy's committee ensures that "it will be a crime if she knowingly withholds documents pursuant to subpoena."

For his part, Obama said Sunday he first learned of Clinton's private account through news reports. He went on to praise Clinton for requesting the release of the 55,000 pages of email by the State Department, called her "an outstanding public servant" and defended his administration's record on transparency.

Clinton's private email use was first reported by the New York Times last Monday. Though her representatives say no laws were broken, her practice of exclusively using personal email appeared to at least run against administration guidelines - including State Department guidelines - advising officials to use the official, government system.