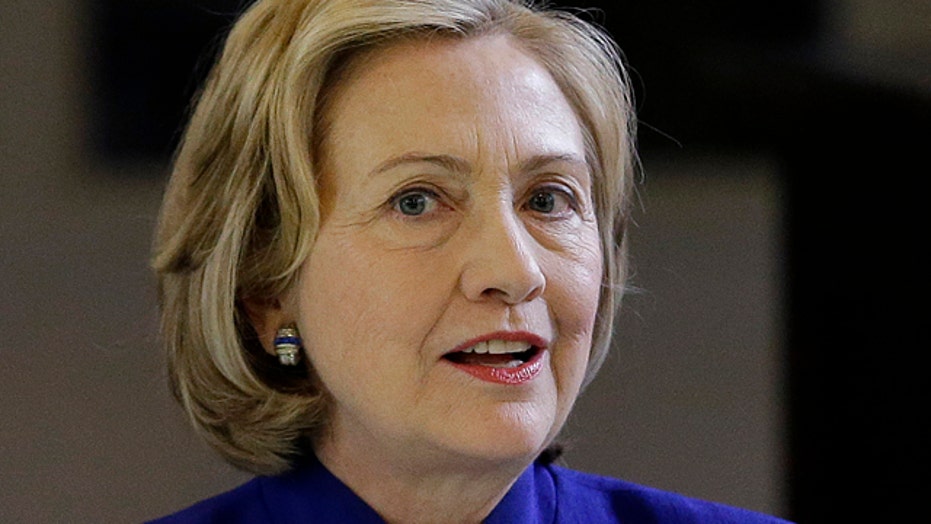 Hillary Clinton, the front-runner among potential 2016 Democratic presidential candidates, is sharply distancing herself from President Obama's foreign policy, particularly in Syria, as Americans appear to continue losing confidence in his handling of key international affairs.

Clinton, who as secretary of state was Obama’s top diplomat, suggested during an in-depth interview with The Atlantic magazine that the president’s foreign-policy mantra of “don’t do stupid stuff” lacked sufficient depth.

The interview comes as Americans’ opinion of how Obama is handling crises in Israel, Ukraine, Syria, Iraq and elsewhere, continues to sink.

The interview also could help or hurt the former first lady’s effort to burnish her own foreign policy credentials ahead of an official 2016 campaign.

Clinton declined to say whether the deadly, unexpected rise of the militant group Islamic State was the result of Obama several years ago not wanting to help build a moderate opposition to the regime of Bashar al-Assad in Syria.

However, she said the “failure” to help build up a credible fighting force from among those who started the protests against Assad “left a big vacuum, which the jihadists have now filled.”

Clinton also said in the interview, which appears to have been conducted before U.S. air strikes began Friday in Iraq against Islamic State, that Obama is “incredibly intelligent” and “thoughtful.”

On the conflict in Israel, Clinton was more closely aligned with Obama, saying the United States supports Israel’s right to defend itself against rocket attacks by the terror group Hamas.

But Clinton suggested that international criticism of Israel for its deadly attacks on Hamas in Gaza, particularly one on an apparent United Nations school, is unfair, saying the civilian casualties happen in “the fog of war,” compared to the administration, which called the UN shelter attack "disgraceful."