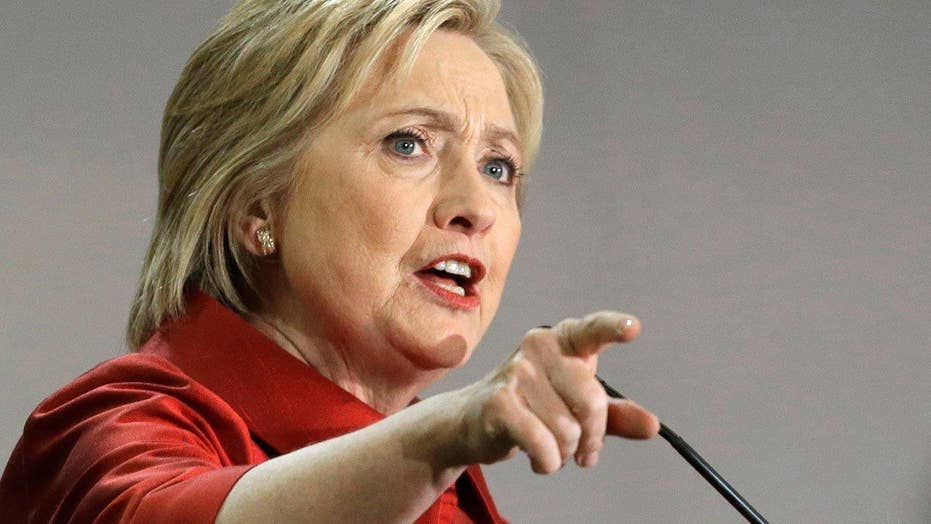 Are politics at play in the probe over Hillary's e-mails?

Constitution, Declaration of Independence ... whatever.

That seemed to be Hillary Clinton’s take on the nation’s two most important documents during an interview Wednesday, as she confused the texts in making the case for more gun laws.

The Democratic presidential front-runner mistakenly cited a “constitutional right to life, liberty and the pursuit of happiness” during the interview with host Steve Harvey.

“We’ve got to say to the gun lobby, you know what, there is a constitutional right for people to own guns, but there’s also a constitutional right to life, liberty and the pursuit of happiness that enables us to have a safe country where we are able to protect our children and others from this senseless gun violence,” she said.

Harvey offered her an approving “absolutely.”

But the famous “life, liberty” line is, of course, from the Preamble to the Declaration of Independence, not the Constitution. It says: “We hold these truths to be self-evident, that all men are created equal, that they are endowed by their Creator with certain unalienable Rights, that among these are Life, Liberty and the pursuit of Happiness.”

The Democratic presidential front-runner endured some ribbing on Twitter for the slip.