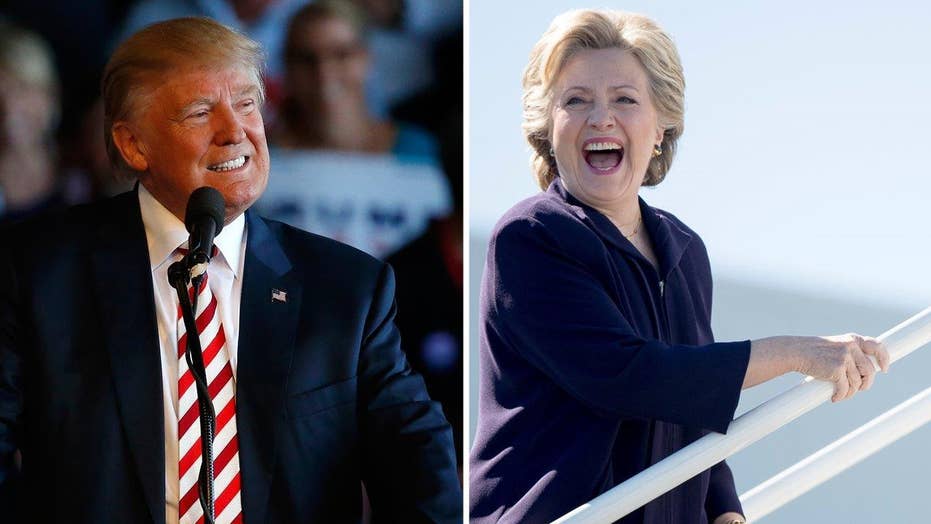 Fighting for control of the Senate

The effect of the presidential election on down ballot races.

PITTSBURGH – Hillary Clinton is expanding her focus in the final days of the presidential race, seeking to help down-ballot congressional candidates.

In Pittsburgh on Saturday, Clinton assailed incumbent Republican Sen. Pat Toomey, saying he had failed to "stand up" to Donald Trump in the face of his comments about Mexican immigrants and a Muslim-American military family. She also noted that Trump had "said terrible things about women" and "spread the lie that our first black president wasn't born in America."

"If he doesn't have the courage to stand up to Donald Trump after all of this, then can you be sure that he will stand up for you when it counts?" Clinton said of Toomey.

Toomey is locked in a tight race with Democratic challenger Katie McGinty. Clinton called McGinty "exactly the kind of senator that Pittsburgh and western Pennsylvania needs."

The attacks on Toomey were a new effort from the presidential nominee, who has largely focused her fire on Trump. Clinton did note that some Republicans have had the "grits and the guts" to push back against Trump.

Toomey spokesman Ted Kwong said the Clinton comments show how McGinty would not be an independent voice in the Senate.

"Today is just further proof that hyper-partisan, ethically challenged Katie McGinty will be a rubber stamp for everything Hillary Clinton wants to do in Washington," he said. "Pat Toomey has been, and will continue to be, an independent leader in the Senate on issues ranging from gun safety to ending Wall Street bailouts."

Clinton told reporters on her plane in Pittsburgh that she does plan to focus more on helping other Democrats. The move shows her growing confidence in her own race and her hope that Democrats recapture the Senate.