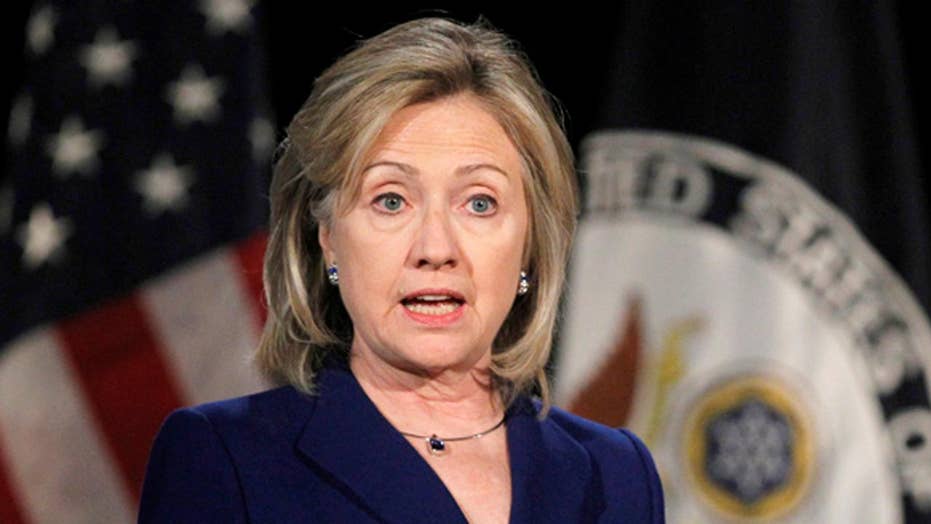 'What Happened' to highlight election loss

“Back up, you creep.” That’s what Hillary Clinton suggests in her forthcoming memoir she wanted to say to then-candidate Donald Trump, during a close-quarters debate last October.

In that second presidential debate, the Republican nominee famously paced around his Democratic rival. In an audio excerpt of Clinton’s book aired Wednesday on MSNBC, Clinton spoke in unprecedented terms about her distaste for the billionaire businessman who is now president – and zeroed in on that debate moment, seeming to reveal an inner monologue that was quietly telling off Trump as the two debated policy.

“My skin crawled,” Clinton said, in an audio clip of her reading the passage about that Washington University, St. Louis, debate.

She recalled that Trump was “looming” behind her, just days after the clip surfaced of Trump’s infamous remarks about groping women.

“No matter where I walked, he followed me closely, staring at me, making faces. It was incredibly uncomfortable, he was literally breathing down my neck,” Clinton said, in the clip aired on “Morning Joe.”

She then entertained an alternative past – one where she confronted Trump. 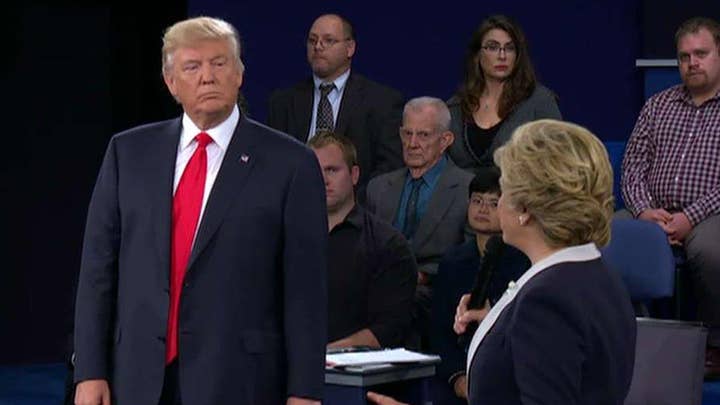 “It was one of those moments where you wish you could hit pause and ask everyone watching, ‘Well, what would you do?’” Clinton said in the book. “Do you stay calm, keep smiling and carry on as if he weren’t repeatedly invading your space? Or do you turn, look him in the eye and say loudly and clearly, ‘Back up you creep, get away from me. I know you love to intimidate women, but you can’t intimidate me, so back up.’”

As anyone who watched the debate knows, she did not do or say that. Clinton made clear in the book she chose the first option and kept her “cool, aided by a lifetime of dealing with difficult men trying to throw me off. I did, however, grip the microphone extra hard.”

But Clinton suggested she has regrets about doing so: “I wonder, though, whether I should have chosen option B. It certainly would have been better TV. Maybe I have over-learned the lesson of staying calm, biting my tongue, digging my fingernails into a clenched fist – smiling all the while, determined to present a composed face to the world.”

Clinton’s forthcoming book, “What Happened,” threatens to dredge up far more than just the Democratic candidate’s regrets about the second debate. It is poised to revisit a host of controversies, from the campaign email hacking to ex-FBI Director Jim Comey’s decision to revive her personal email investigation days before the election.

Some Democrats are said to be on edge over the forthcoming book, just as the out-of-power party is trying to "move on" and chart a course back to the majority.

But the excerpt aired Wednesday shows Clinton will take readers on a long walk down memory lane.

She said writing the book was not easy: “I knew that millions of people were counting on me and I couldn’t bear the idea of letting them down. But I did. I couldn’t get the job done, and I’ll have to live with that for the rest of my life.”

She said there are moments she wishes she could do over, and, “if the Russians could hack my subconscious, they’d find a long list.”