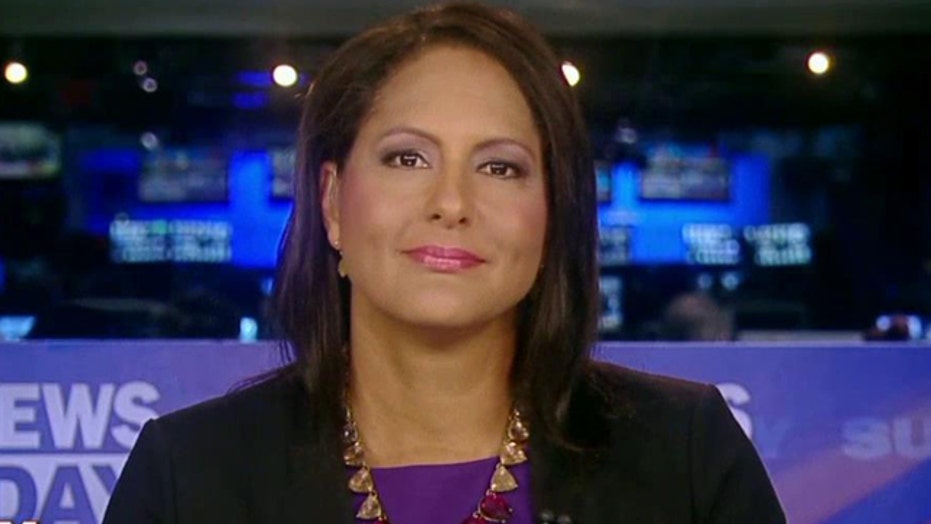 Top advisers for Hillary Clinton united Sunday to present a unified image of the Democratic presidential candidate and deflect questions about her honesty and other major criticisms challenging her burgeoning campaign.

She told “Fox News Sunday” that Clinton will be more accessible to reporters in the coming weeks and dismissed criticism that she has refused to state her position on President Obama’s failing trade authority legislation.

“She's talked about it a number of times over the last couple months, that it must protect workers,” Finney said. “And … the second test is, obviously, our national security interests. We're going to talk about a lot of issues. I think you may hear her talk about it sooner rather than later.”

On the issue of some polls showing a significant percentage of Americans questioning Clinton’s trustworthiness, Mook told CBS’ “Face the Nation” that “no poll shows that voters don't trust Hillary.”

His comments come a couple of days after he said a lot of public polling was unreliable and after a June 4 Fox News poll that showed 31 percent of Democratic primary voters are concerned about Clinton’s “dishonesty and unethical behavior.”

Clinton has been hounded by questions about her actions as secretary of state before and after the fatal terror attack in 2012 on a U.S. outpost in Benghazi, Libya.

More recently, Clinton revealed that as the country’s top diplomat she used a private server and email for official business, then turned over about half of the 60,000 messages, deleting those she deemed personal.

Critics have also raised questions about foreign contributions to the Clinton Foundation when she ran the State Department from 2009 to 2013.

A Washington Post-ABC News poll from late May found 52 percent of respondents answered “no” to the question: “Please tell me whether the following statement applies to Hillary Clinton, or not: She is honest and trustworthy?”

Campaign chairman John Podesta also defended Clinton and her speech Saturday on New York’s Roosevelt Island in which Clinton, who is worth millions, vowed to be a champion for America’s underclass, which often includes women, minorities, the poor and the gay-lesbian-transgender community.

“From the day she left law school, went to work for the Children's Defense Fund, from her work in Arkansas, to first lady of the United States -- she's fought for children, for families,” Podesta told NBC’s “Meet the Press.” “She's made her priorities clear, her values clear.”

Clinton campaign strategist Joel Benenson made a similar case on ABC’s “This Week,” saying the Saturday speech laid out Clinton’s vision and values for America.

He also dismissed the dramatic Capitol Hill wrangling and voting over the trade legislation as “insider baseball,” arguing Clinton is more focused on making sure the final deal protects American workers.