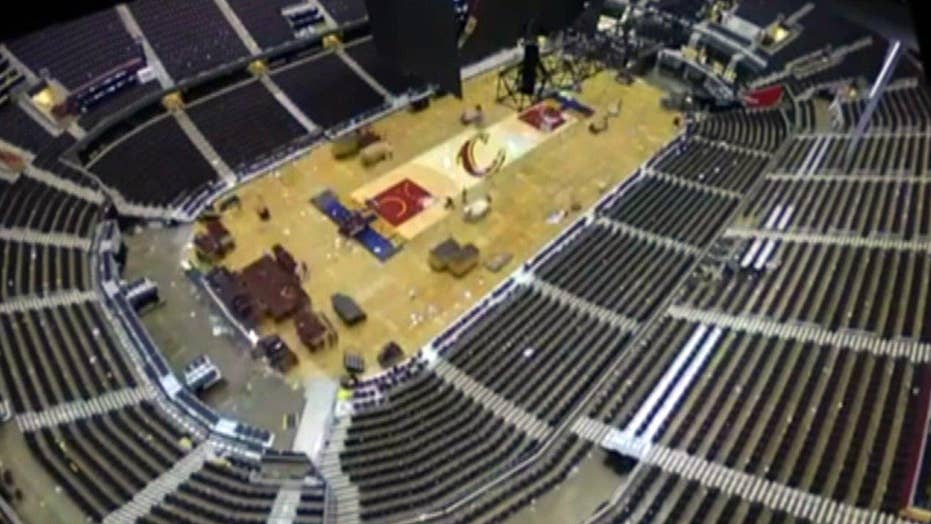 Officials at next month’s Republican National Convention in Cleveland will be largely powerless to keep supporters and opponents of Republican presidential candidate Donald Trump apart in the area around the convention center, creating a security situation that experts warn is potentially volatile.

The city of Cleveland is assuming responsibility for a zone of about three square miles around the convention site, where an array of security restrictions will be in place. But because of constitutional concerns as well as best practices gleaned from previous political conventions, city officials said protesters will be largely free to roam as long as they don’t block vehicular or pedestrian traffic.

With thousands of demonstrators expected to descend on the city, security officials are bracing for the possibility of major protests against Mr. Trump, whose rhetoric regarding immigrants in particular has drawn spirited and sometimes violent protests on the campaign trail this year.

The protesters expected in Cleveland include groups of all ideological stripes—many openly antagonistic to one another. Anti-war demonstrators, progressives opposed to Mr. Trump’s agenda, groups rallying for economic or social justice, bikers and truckers showing support of the presumptive GOP nominee and the controversial Westboro Baptist Church, which protests the country’s tolerance of gay and lesbian relationships, have all applied for demonstration permits or vowed to show up in Cleveland for the convention, which will run July 18 to 21.

“They’re trying to mix oil and water—possibly igniting and inflaming tensions,” said Ralph King, a Cleveland resident who is helping organize a pro-Trump demonstration for the week of the convention.

Cleveland’s security rules place sharp limits on official parades and demonstrations. Speakers, platforms and sound-amplification systems have been banned, effectively limiting the size of rallies. Protesters will be allowed only hand-held electronic megaphones and bullhorns. But at the same time, protesters will be allowed broad latitude to protest without permits in the area around the convention center, so long as they don’t interfere with traffic.

The American Civil Liberties Union brought suit on behalf of Citizens for Trump as well as two other groups against Cleveland’s protest rules this month, calling them “draconian” in a legal complaint.

A federal judge struck down those rules as unconstitutional last week. The city reached a tentative settlement in the lawsuit that was being finalized over the weekend, but the details of the agreement haven’t been announced to the public. The settlement is expected to include compromises between the city and protesters on the time and location of parade routes and the number of parks available for demonstrations.

Closer to the convention site, the U.S. Secret Service will establish a much smaller and tighter security perimeter around Quicken Loans Arena, where only delegates, media and party officials with credentials will be allowed. The agency referred questions about protesters to the city. A spokesman for the mayor’s office didn’t respond to a request for comment, but Mayor Frank Jackson said in May: “We are prepared.”

Though protests at political conventions are common, the stakes are greater this year with tensions running high over Mr. Trump’s comments on banning Muslims and cracking down on illegal immigrants.