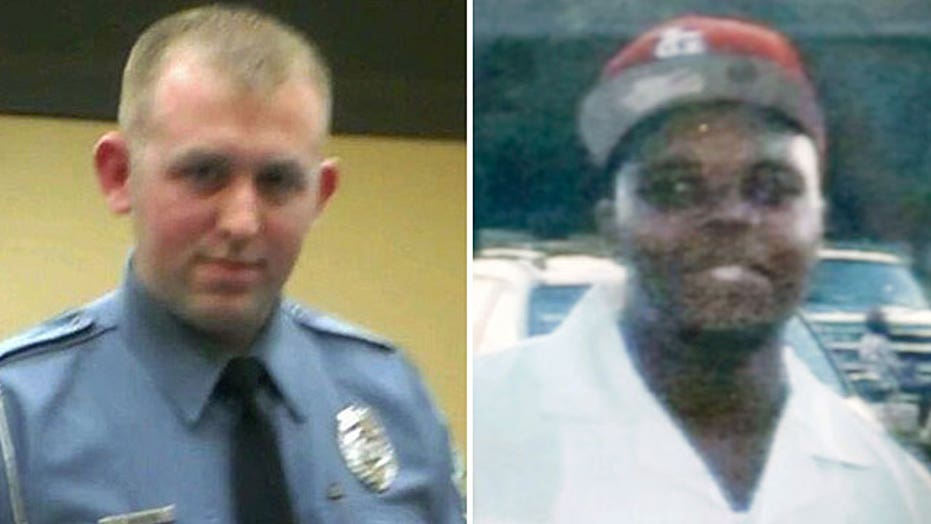 The FBI's investigation into the shooting death of an unarmed black teenager in Ferguson, Mo. last summer is complete, and it's unlikely to result in civil rights charges against the white police officer involved in the case, a U.S. official confirmed to Fox News on Wednesday.

In August, Darren Wilson shot Michael Brown, 18, following a scuffle. The incident touched off nationwide protests and debates about police force against minorities, especially after a grand jury in November declined to indict Wilson in the case.

The Justice Department has not yet announced whether it will file a federal civil rights charge against former Ferguson police officer Darren Wilson. But officials and experts had said such a prosecution would be highly unlikely, in part because of the extraordinarily high legal standard federal prosecutors would need to meet.

The Department of Justice would not comment on the matter Wednesday. Benjamin L. Crump, an attorney representing the Brown family, said the family will wait for official word from the Justice Department before commenting.

"The family won't address speculation from anonymous sources," Crump said in a statement.

To mount a federal prosecution, the Justice Department would have needed to show that Wilson willfully deprived Brown of his civil rights. That standard, which means prosecutors must prove that an officer knowingly used more force than the law allowed, is challenging for the government to meet. Multiple high-profile police-involved deaths, including the 1999 shooting of Amadou Diallo, an unarmed West African immigrant, in New York City, have not resulted in federal charges.

Wilson, who had been on administrative leave since the shooting, resigned days after the grand jury decision. A lawyer for Ferguson did not immediately return a call to The Associated Press seeking comment Wednesday.

A separate, broader Justice Department-led investigation into the practices of the Ferguson police department remains open. That investigation, which will examine potential racial bias among officers, has the potential to have more sweeping consequences than any individual criminal prosecutions, experts say.

The New York Times reported Wednesday that Justice Department lawyers were preparing a memo recommending against prosecuting Wilson, but that the memo was not yet complete and that Holder — who is expected to leave his position within weeks — had not yet made a decision.

The Justice Department, meanwhile, is conducting a separate federal civil rights investigation into the police chokehold death of Eric Garner in New York City. In that case, too, a local grand jury declined to indict the officer. The U.S. attorney whose office is handling that investigation, Loretta Lynch, has been nominated to replace Holder and faces a Senate confirmation hearing next week.