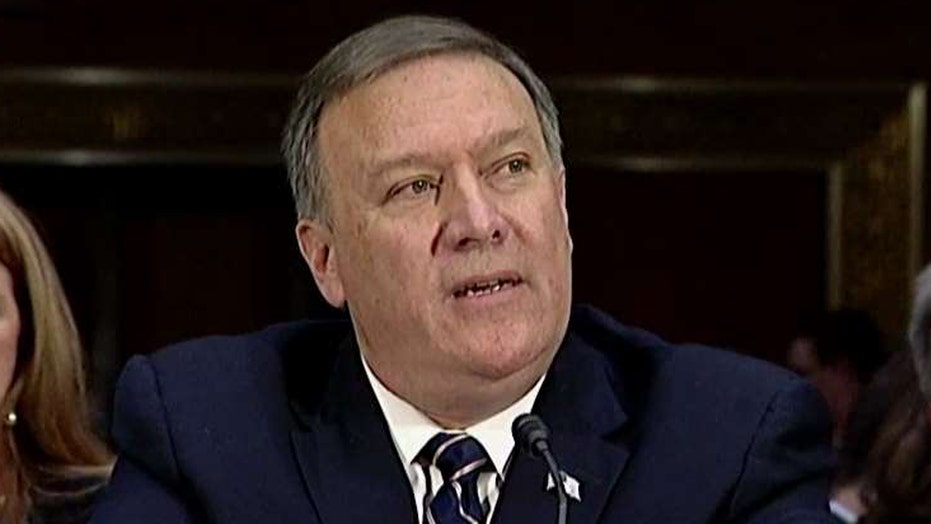 WASHINGTON – Donald Trump's pick to run the CIA told Congress on Thursday that he accepts the findings in an intelligence assessment that Russia interfered in the U.S. election with the goal of helping Trump win, even though the president-elect has been skeptical of some of the report's conclusions.

"Everything I've seen suggests to me that the report has an analytical product that is sound," said Mike Pompeo, a Kansas Republican congressman. His comments struck a different tone than those of his future boss, who called the focus on Russia and the election a "political witch hunt" before he was even briefed on the findings.

Trump, for the first time on Wednesday, acknowledged that Russia was behind the computer hacking that targeted Democrats during the 2016 campaign.

As head of the CIA, Pompeo would be responsible for bringing to Trump intelligence assessments the president may find politically unappealing, including additional information on Russia's interference with the American democratic process. Pompeo promised senators on the intelligence committee that he would do so.

"My obligation as director of CIA is to tell every policy maker the facts as best the intelligence agency has developed them," Pompeo said. He is currently a member of the House intelligence committee.

Trump has been critical of the intelligence assessment that Russia was behind the hacking of the Democratic National Committee and other political sites and that Moscow's aim was to get Trump elected. This week he said intelligence officials might be to blame for the leak of an addendum to the Russia assessment that was a summary of unverified claims that Russia had obtained compromising sexual and financial allegations about Trump.

The top U.S. intelligence official, James Clapper, said he did not think the disclosures came from intelligence agencies, and Clapper said late Wednesday that he told Trump the U.S. intelligence community "has not made any judgment that the information in this document is reliable, and we did not rely upon it in any way."

Sen. Angus King, a Maine independent, asked Pompeo to comment on what King said were "very serious allegations" about Trump's ties with Russia.

"I share your view that these are unsubstantiated media reports," Pompeo said, adding that he thought the leaks themselves were "intensely serious."

Pompeo's was one of seven confirmation hearings held this week for senior posts in the upcoming Trump administration. Senators separately questioned Pompeo about classified issues after the public hearing.

On other issues, Pompeo said he will uphold the law and not direct the CIA to revert to using torture tactics to interrogate suspected terrorists. He also said that while he has been critical of the Obama administration's deal with Iran on nuclear weapons, he would carry out the policy as it stands.

Pompeo was a vocal member of the partisan House committee set up to investigate the deadly attack on a U.S. diplomatic post in Benghazi, Libya, in 2012, which occurred while Hillary Clinton was secretary of state. He told the committee that he understands that as CIA director he would have to make the transition from a partisan, policymaking lawmaker to an objective intelligence collector.

Adding a little drama to the hearing, the lights went out when the top Democrat on the committee mentioned Russia. The hearing was moved to a different building.