WASHINGTON -- More than a year after the CIA's inspector general stepped down, frustrated members of Congress are urging the White House to fill the internal watchdog position that was central in uncovering abuses inside the spy agency.

Several possible candidates have fallen by the wayside despite assurances from the Obama administration that a nominee will be chosen soon.

The pressure from Congress comes as the administration is contending with concerns about its intelligence structure. A spate of failed terrorist attacks since December exposed flaws in the intelligence community's oversight. The administration also faces congressional unease over its new nominee for national intelligence director, James R. Clapper, after the forced resignation of the previous director, Dennis Blair.

The government's inspectors general root out corruption, fraud and other abuses that rarely surface otherwise. Because the CIA's activities are mostly conducted in secrecy, the position is of special value.

"I am disturbed that it has not been filled up to this point," said Fred Hitz, who served as the CIA inspector general for eight years until 1998. "I am wondering what is going on."

The CIA's previous inspector general, John Helgerson, showed the post's influence by investigating detainee deaths and abuses and reviewing the agency's harsh Bush-era interrogation program and use of secret prisons around the world.

Helgerson left in March 2009 and later retired. His deputy, Patricia A. Lewis, had served as acting inspector general until federal law forced her to return to her old post. She continues to run the office in the deputy position.

"While the deputy inspector general has very capably led this office in an acting capacity, this function needs to be directed by an official formally endorsed by the president and the Congress," the senators wrote in late April. "For this reason, we believe it is important for you to promptly nominate a permanent replacement."

Bond said in an interview, "There is a real sense of frustration."

The White House did not detail its response, but said a nominee was coming. "The CIA currently employs a committed team of professional investigators and inspectors, and the president is very appreciative of their good work," White House spokesman Tommy Vietor said. "We look forward to putting forward a nominee to lead the office of inspector general in the near future."

Former and current U.S. intelligence officials say a possible candidate -- a former CIA employee -- emerged months ago but the Senate Intelligence Committee raised concerns about that person's ability to do the job. The officials said the White House shot down another prospect for reasons that remain unclear. Another possible nominee is in the mix now, officials said.

"The White House has a candidate, who's now being vetted," one official said. "This is an important, sensitive job, and you want to make sure you have a great match." The officials spoke on condition of anonymity because they were not authorized to discuss the matter publicly.

Danielle Brian, executive director for the Project on Government Oversight, said the unfilled job is vital because the CIA is so secretive. "There is no question given the lack of transparency at the CIA, this IG is singularly important to have in place," she said. "This should be a top priority given the history we've seen at the CIA."

The federal government has 69 inspector general positions, 11 of them vacant, including at the State Department, according to the Council of Inspectors General on Integrity and Efficiency.

Helgerson and others familiar with the position say Lewis should get consideration -- though it's not clear if she is.

"She is an outstanding manager and has audited every corner of the CIA," Helgerson said. "She is independent and resolute, yet diplomatic, even gracious -- just what the agency needs."

It can be a difficult job, as Helgerson found out when he uncovered a slew of abuses in the Bush-era counterterrorism program. His work, conducted in secret, generated troubling headlines across the world when Obama decided to released parts of his review last year.

Helgerson himself came under fire for his work in 2007, when then-CIA director Gen. Michael V. Hayden ordered a management review of the inspector general's office.

Mark M. Lowenthal, a former senior CIA official, said there was a widespread feeling that Helgerson's office was inherently prosecutorial. "That was the concern," said Lowenthal, a former assistant director of the CIA. But Lowenthal added: "I think John was dedicated to the mission. He was not just going to be there to whitewash things."

Finding a candidate who combines the right skills and impartiality could be complicating the process. The CIA inspector general needs to understand the intelligence world but doesn't necessarily need to come from the CIA. Still, knowing the culture, the building and the people makes the position easier. The person also has to be able to work with Congress' intelligence committees.

"You need to have an IG who knows the business," Lowenthal said. "It's somewhat of an arcane business. You want someone there who understands intelligence." 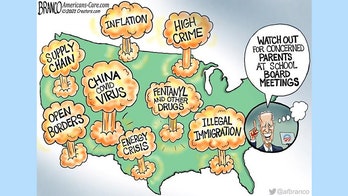