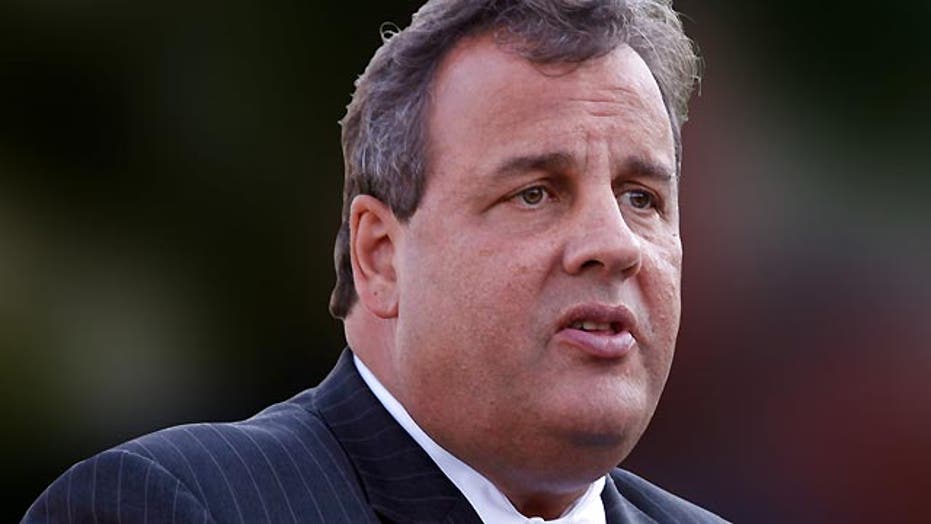 Christie still a frontrunner for 2016?

While New Jersey Gov. Chris Christie is getting hammered over a close aide's involvement in snarling traffic as an apparent act of political retribution, he's nevertheless set himself apart from the Obama administration in his response to scandal.

The punishment in Trenton was swift. The governor said at a press conference Thursday that, within minutes of seeing incriminating emails, he fired his deputy chief of staff. He also sidelined his former campaign manager, nixing a lucrative contract and shutting him out of a plum job at the helm of the state GOP. Two Port Authority officials previously had resigned.

President Obama is also dealing with far more complex and sprawling organizations than Christie's inner circle. Internal reviews were needed to root out potential wrongdoing at the State Department, IRS and Department of Health and Human Services. Still, critics say the response has been too slow.

The toughest public action Obama took was last May, when he announced Acting IRS Commissioner Steven Miller resigned at the administration's request following revelations that the agency singled out conservative groups for additional scrutiny as they sought tax-exempt status.

However, a source told Fox News at the time that Miller was set to resign the following month anyway.

Other lower-level officials have faced discipline or left the administration, though the circumstances were unclear.

Lois Lerner, for instance, who headed the tax-exempt organizations office of the IRS in Washington, quietly retired in September months after being placed on administrative leave.

The response to the Benghazi and ObamaCare controversies has been more opaque.

After the botched rollout of HealthCare.gov, the administration resisted calls for resignations and instead said it was focused first on repairing the website.

Since then, two officials have left the administration, though it's unclear whether they were in any way forced.

The latest, Centers for Medicare and Medicaid Services Chief Operating Officer Michelle Snyder, announced her retirement at the end of December.

But a statement from CMS Administrator Marilyn Tavenner did not indicate the retirement was a punishment. She said Snyder was preparing to leave a year ago but "characteristically chose to postpone her retirement from federal service at my request to help me with the challenges facing CMS in 2013."

The statement from Tavenner included no criticism of Snyder's performance over the past year. She praised her "41 years of outstanding public service."

Earlier, CMS IT chief Tony Trenkle left for the private sector. The agency didn't say whether he was forced out.

And after Benghazi, four State Department employees were placed on leave following the release of the Accountability Review Board report. But last August, it emerged that the officials were allowed to return to work, though in different positions. One lawmaker called it a "game of musical chairs."

Even Christie's critics pointed out that punishment in Trenton was meted out more quickly than it has been in Washington.

Christie's fellow Republicans, who had varying responses to the bridge scandal, largely praised him for enforcing some discipline.

As coverage intensified last year over Benghazi, IRS targeting and also the Justice Department's surveillance of media, Democrats from the White House down took to calling them "phony scandals."

The administration's commitment to thoroughly investigating these issues was called into question again this week after it was revealed that the point person investigating the IRS scandal is an Obama backer who has donated thousands to his two presidential campaigns.

"By selecting a significant donor to President Obama to lead an investigation into the inappropriate targeting of conservative groups, the Department has created a startling conflict of interest," they wrote.

But the department balked at the request, saying it would be "contrary to Department policy and a prohibited personnel practice under federal law to consider the political affiliation of career employees or other non-merit factors in making personnel decisions."

A statement from the Justice Department added: "Additionally, removing a career employee from an investigation or case due to political affiliation, as Chairmen Issa and Jordan have requested, could also violate the equal opportunity policy and the law."

Indeed, federal agencies are governed by an array of rules and regulations when it comes to disciplining staff during scandals. Those rules are routinely cited when officials are placed on unpaid leave, but not swiftly fired, amid investigations.