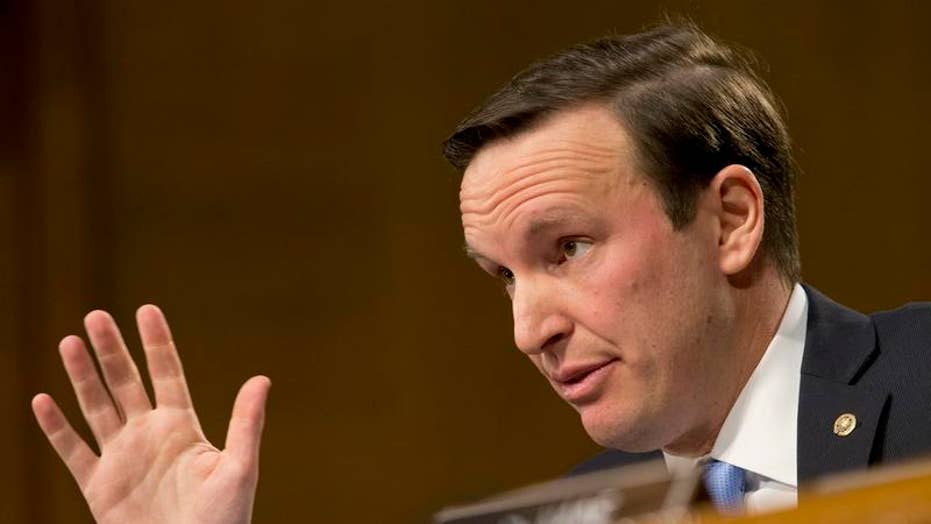 “Can we take the gloves off and tell the truth? Trump is deliberately killing people,” Murphy wrote on Twitter. “He holds rallies where people get infected. On Thursday, no social distancing or masks, sending a clear message that the CDC should be ignored.”

“His plan is to kill people. Let's just say it,” Murphy continued.

On Friday, the president held a rally in New Hampshire for supporters, however masks were mandatory as were temperature checks.

That mask mandate stood in stark contrast to the previous night on the final day of the Republican convention. Over 1,500 attendees sat in close proximity on the White House lawn to listen to President Trump accept the Republican nomination, and few were wearing masks.

"These guys are stone cold killers. The next 50,000 people who die are their responsibility," Murphy wrote on Twitter Friday. "They sat right next to each other and didn't wear masks intentionally. They knew they were setting an example that would be followed and they reveled in it."

At the same time, thousands took to the streets across the U.S. to protest after the police shooting of Jacob Blake. Many did not wear masks, and some of the protests turned violent. In Washington, protesters harassed those leaving the Republican convention, who had to be surrounded by police protection to walk back to their hotels.

New Hampshire originally was supposed to host President Trump at a rally in July, after his Tulsa appearance, but the event was abruptly canceled one day before the planned July 11 date. The president later said it was scrapped because of coronavirus.

Herman Cain, the late chair of Black Voices for Trump, contracted COVID-19 10 days after attending the June rally in Tulsa. He later died from the disease.

While there is no way of knowing where Cain picked up the virus, many on the left sourced it to the president’s rally.

In a New York Times interview earlier this week, Murphy made another bold statement, warning that U.S. democracy could be on its last legs, claiming that the very concept is "unnatural" and not likely to work long term.

"I have a real belief that democracy is unnatural," Murphy said. "We don’t run anything important in our lives by democratic vote other than our government. Democracy is so unnatural that it’s illogical to think it would be permanent. It will fall apart at some point, and maybe that point isn't now, but maybe it is."

Murphy went on to say he feels like he has "to hold this together so that it survives to the next administration."

The prediction came about during a discussion of life during the Trump administration. Murphy said being a senator "is not a lot of fun right now" because there is "a chief executive who is an administrative nightmare and intent on dividing us[.]"

SEN. MURPHY SAYS TRUMP, NOT CHINA OR WHO, TO BLAME FOR US CORONAVIRUS CRISIS

That division, he said, has chilled the friendships he has with Republican colleagues.

"The friendships and the conversations are more forced now," he said, adding that he does not talk policy with them because he wants "to maintain the relationship."