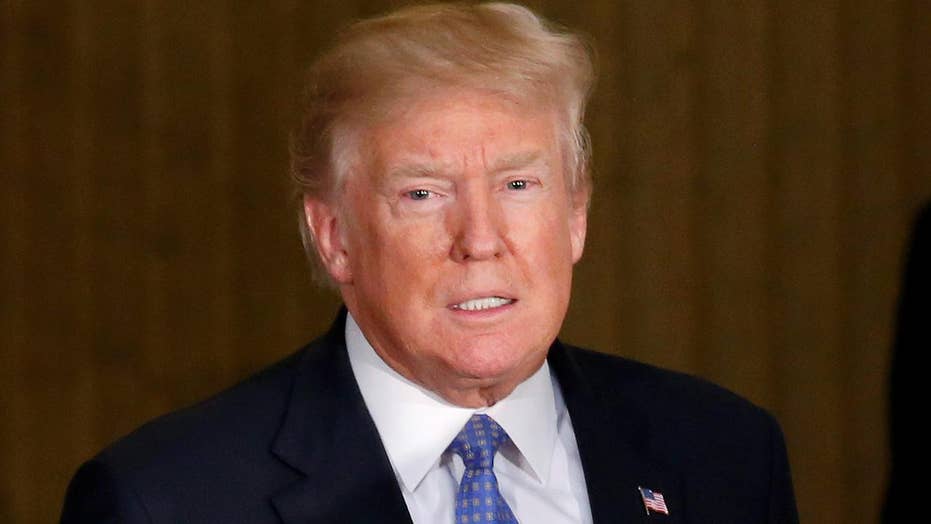 President signals that the Children's Health Insurance Program should not be part of a short-term deal to fund the government, which is at odds with the language included in the continuing resolution which extends CHIP for six years; chief White House correspondent John Roberts reports.

Funding for a health insurance program for children became front and center as lawmakers struggled to reach deals to keep the government funded in 2018.

The federal funds for the Children’s Health Insurance Program (CHIP) expired at the end of September, and a permanent solution had not been passed by the beginning of this year.

However, the Senate reached a budget agreement Wednesday that reportedly funds the program for 10 years.

Here’s a look at the CHIP program and what it does.

Created in 1997, the Children’s Health Insurance Program (CHIP) is low-cost insurance for families with incomes too high for Medicaid but potentially too low to afford private insurance plans.

What’s going on with its funding?

The program expired on Sept. 30, and a short-term funding extension was passed by Congress shortly before Christmas.

Many states have nearly exhausted their funds.

“Some families have already been informed or received notice that their children’s coverage could be reduced in the future,” Samantha Artiga, an analyst at KFF, told Fox News earlier this year. “Already families are feeling a lot of worry, concern and stress right now – particularly families with children who have ongoing health conditions who rely on insurance for treatments to keep them healthy and give them the care that they need.”

Artiga added that the earlier uncertainty around CHIP funding presented administrative and economic headaches for states that try to plan for the program’s future in an “uncertain environment.”

What have healthcare experts said about it?

"Without this program, these children are caught in a dangerous gap that would deny them access to needed care," the Council for Affordable Health Coverage President Joel White told Fox News. "Every day that CHIP remains without a long-term reauthorization is a day that access to health care is threatened for the most deserving and vulnerable among us."

During the budget talks, White urged lawmakers to vote for a spending bill that included the funding.

Every day that CHIP remains without a long-term reauthorization is a day that access to health care is threatened for the most deserving and vulnerable among us.

— Joel White, president of the Council for Affordable Health Coverage

"Senate Democrats have rightfully advocated for CHIP funding in recent months, and it would be the height of hypocrisy for them to oppose a spending bill with this included now."

Joan Alker, the executive director of Georgetown University’s Center for Children & Families, argued that Congress should pass CHIP reauthorization as a standalone bill so its future is not in limbo every few years.

“What’s especially frustrating is that there’s no disagreement on the policy,” Alker told Fox News, adding that lawmakers on both sides of the aisle support funding CHIP. “It’s become a bargaining chip.”

“The right thing to do would be to take CHIP out of [the] political fight and pass it by itself,” she said.

Trump urged lawmakers to make CHIP “part of a long-term solution, not a 30-day, or short-term, extension,” in a tweet last month.