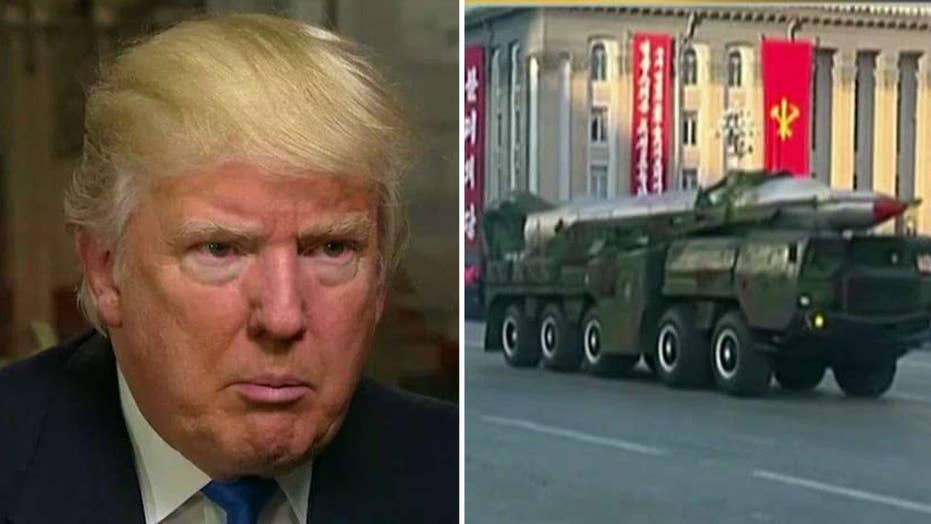 A China official said Monday that there is “serious concern” about President-elect Donald Trump’s latest comments suggesting he’s reconsidering a relationship with Taiwan.

Chinese foreign ministry spokesman Geng Shuang said in a television interview that Trump’s comments over the weekend raised the possibility that U.S.-China relations would be “badly affected.” Geng added that the “one China” policy was the “political foundation” of any Sino-American ties.

“We urge the new U.S. leader and government to fully understand the seriousness of the Taiwan issue, and to continue to stick to the one-China policy," Geng said.

Trump said on “Fox News Sunday” that he doesn’t feel “bound by a one-China policy unless we make a deal with China having to do with other things, including trade.”

China’s response to Trump’s call with Taiwan President Tsai Ing-wen and critical tweets has mostly been muted. Foreign Minister Wang Yi blamed the call on a Taiwanese "trick," and the ministry has repeatedly reaffirmed that Taiwan is part of China without directly criticizing the president-elect.

Geng’s comments were the strongest public condemnation of Trump’s criticisms since his Dec. 2 remarks.

Trump, though, seemed to have backed off of reports that his call with Tsai was planned well in advance by advisers positioning him to confront China over the island. He said he heard about the call “probably an hour or two before.”

"Why should some other nation be able to say I can't take a call?" he said. "I think it actually would've been very disrespectful, to be honest with you, not taking it."

Trump’s call with Taiwan was the first time an American president or president-elect has publicly spoken to a Taiwanese leader in nearly four decades. China considers the self-governing island to be its territory and any reference to a separate Taiwanese head of state to be a grave insult.

Chinese media went on the attack Sunday after Trump’s latest comments on the U.S. “one-China” policy, calling the president-elect “as ignorant as a child.” The Global Times published a Chinese-language editorial headlined: "Trump, please listen clearly: 'One China' cannot be traded."

"China needs to launch a resolute struggle with him," the editorial said. "Only after he's hit some obstacles and truly understands that China and the rest of the world are not to be bullied will he gain some perception."

"Many people might be surprised at how the new U.S. leader is truly a 'businessman' through-and-through," the paper said, referring to Trump's suggestion of using the "one China" policy as a bargaining chip. "But in the field of diplomacy, he is as ignorant as a child."

The Global Times, which is published by the Communist Party's mouthpiece, the People's Daily, often runs commentaries that target nationalistic sentiment with provocative language.