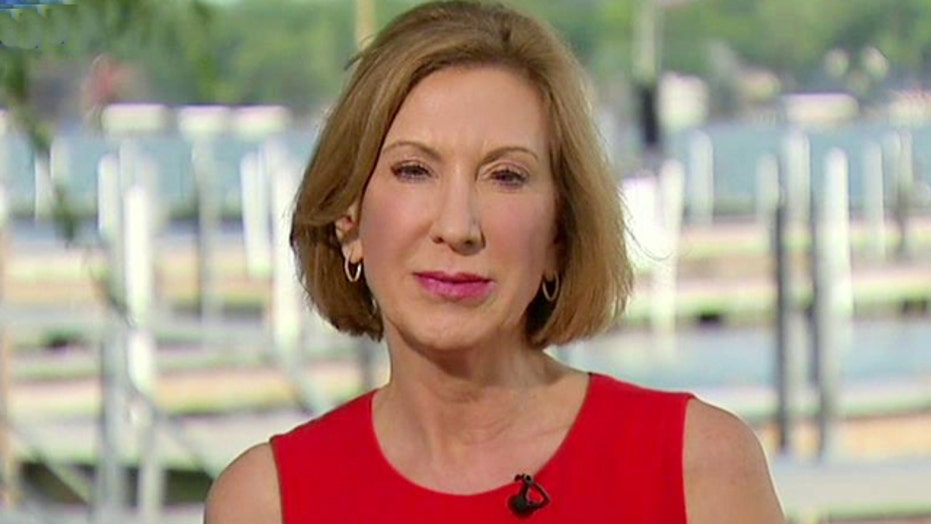 Despite surge following a breakthrough performance in the 'Happy Hour' GOP debate, the rules on CNN's platform may shut Carly Fiorina out of the main stage in the second Republican showdown

CNN said Tuesday it is amending the criteria for candidates to qualify for its Republican presidential debate later this month, possibly clearing the way for contender Carly Fiorina to be part of the main-stage debate.

Fiorina has battled for weeks to be included in the Sept. 16 main event, arguing that CNN was relying too heavily on old polling to determine which candidates would make the top-10 cut.

The former Hewlett-Packard chief executive has been rising in the polls since her strong performance in the Aug. 6 debate for second-tier GOP candidates sponsored by Fox News and Facebook.

The network now says any candidate who ranks in the top 10 in polling from Aug. 7 to Sept. 10 will be included in the Reagan Presidential Debate in Simi Valley, Calif.

CNN originally planned to take an average of major polls from July 16 to Sept. 10, and allow the top 10 into the prime-time debate.

Fiorina’s camp argued the cable network was weighting the pre-debate polls roughly three times as heavily as post-debate polls because far more polls were taken in the three weeks before the first debate than since.

Fiorina, the only female 2016 GOP White House candidate, is now ranked seventh, with 5.8 percent of the vote, according to an averaging of polls by the nonpartisan website RealClearPolitics.com

The deadline to qualify for the CNN’s national televised, main-stage debate is Sept. 10.

"I applaud CNN for recognizing the historic nature of this debate and fully support the network's decision to amend their criteria," he said.