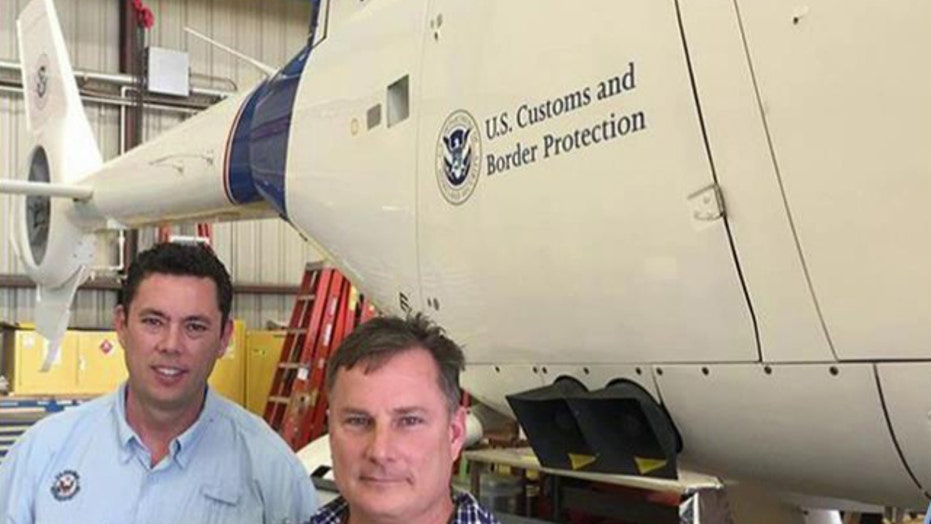 US Border Patrol helicopter in Texas shot at, forced to land

WASHINGTON – A U.S. Customs and Border Protection helicopter was fired at and forced to make an emergency landing near the river banks of Laredo, Texas, officials confirmed to Fox News on Saturday.

The incident took place around 5:30 p.m. Friday when the aircraft was patrolling the Rio Grande near the far northwest corner of the border city of Laredo.

“The helicopter was impacted by gunfire, hitting the side of the aircraft and the rotor blade,” a U.S. Customs and Border Protection spokesperson told Fox News. “The pilot was able to make a safe landing, there were no injuries.  There is an on-going search for the suspects on both sides of the border.”

Webb County Sheriff Martin Cuellar told the Laredo Morning Times that out of five shots believed to have been fired at the helicopter, only two were confirmed to have hit their target.

Authorities are still investigating on whether the gunfire came from the Mexican side of the river or the U.S. side.