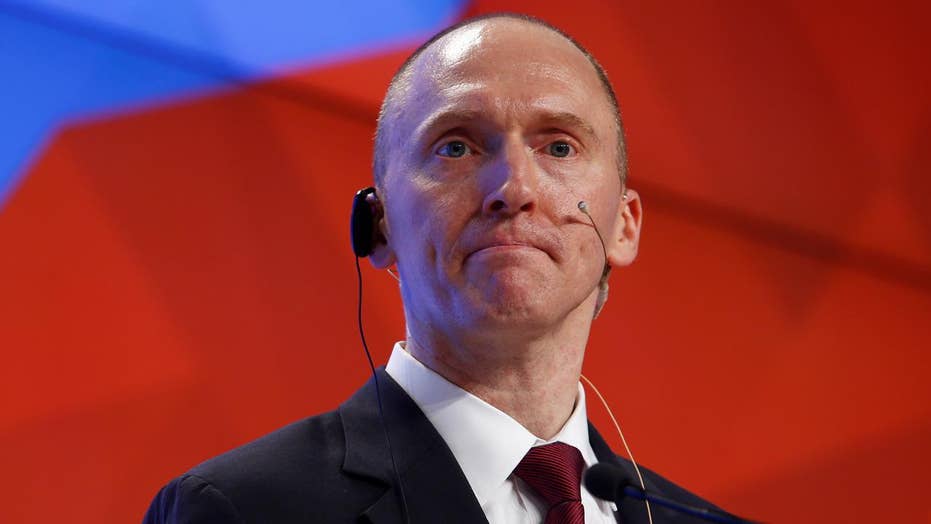 Former Trump campaign adviser Carter Page said Wednesday that a reported surveillance warrant targeting him last summer would have been based on “false evidence,” maintaining during an interview with Fox News that he has nothing to hide.

Page addressed a Washington Post report a day earlier that the FBI obtained a secret order from a Foreign Intelligence Surveillance Court judge to monitor his communications as part of an investigation into Russia and contacts with the Trump campaign. Parts of the Post report have been confirmed by Fox News.

“There is a tremendous amount of false evidence, and there was various reporting about where that false evidence may have [come from] such as the dodgy dossier,” Page said, in reference to a widely disputed document circulated last year that contained salacious allegations about the Trump team and was compiled by former British intelligence officer Christopher Steele.

In a recent speech, though, FBI Director James Comey said it’s a high bar to monitor an American citizen.

“Those applications are often as thick as my wrist or thicker. It is a huge pain in the neck to get permission to bug somebody in the United States, and that's the way it should be,” Comey said.

In fact in 2013, the FBI was investigating whether Vladimir Putin’s government was trying to recruit Americans when Page’s name surfaced in the probe. In court documents, he is listed as “Male-1,” as first reported by BuzzFeed.

Asked whether the Russians tried to recruit him, Page said, “I was never asked by anyone to do anything untoward or otherwise.”

He did acknowledge having met with Victor Podobnyy, among a small group of operatives later charged in a Russian spy ring.

Page, meanwhile, told Fox News on Wednesday he worked for the Trump campaign on an informal basis and was not a major player. Asked how many times he met with candidate Donald Trump, he said, “I have not met one on one or in any small group with Mr. Trump.”

He said he was never on the campaign payroll.

Carter said he’s a “loyal American” and that if it’s true a FISA warrant was issued against him, “the justification for that warrant is this false evidence.”

“I’ve never done anything wrong here,” Page said. “So I’m more than happy for people to keep an eye on me because I think it only proves that I’m doing the right thing.”