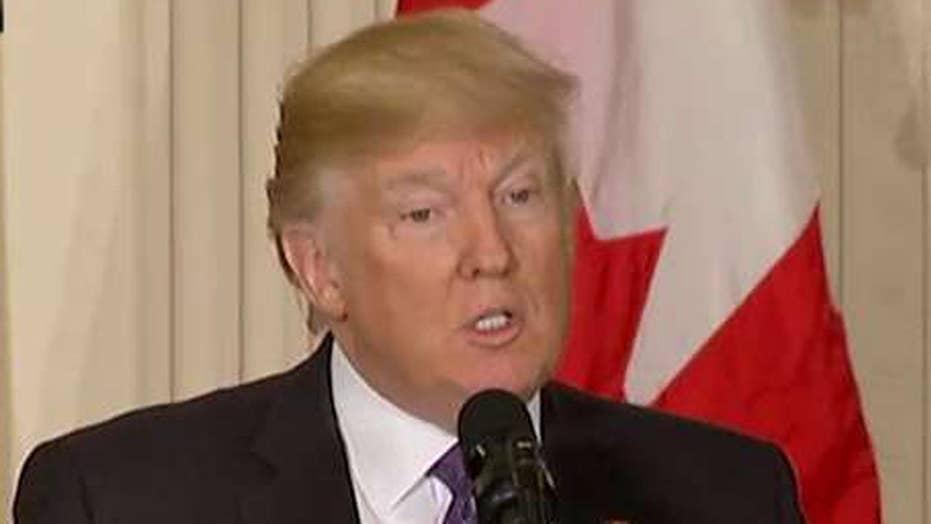 Trump: More important than ever to strengthen vital alliance

“I’m not going to lecture another country on how they govern,” Trudeau said at a White House press conference, when he and Trump were asked about their disparate immigration policies.

Within days of Trump being sworn in Jan. 20, he signed executive orders than temporarily ban travel from seven mostly-Muslim nations and refugees coming into the United States.

Meanwhile, Canada has accepted more than 40,000 refugees since roughly the time Trudeau took office in November 2015.

“There have been times when we have differences, but we have (resolved them) respectfully,” Trudeau also said Monday.

“We have to create borders. We have to let in people who love us, but cannot let the (dangerous) people in,” said Trump, who was elected in large part on his campaign promise of tougher national security. “I will not let that happen. The citizens of this country don’t want that.”