LOS ANGELES – Sitting in his storefront office across the street from the Los Angeles County Men’s Central Jail and Twin Towers Correctional Facility, Clay Potter isn’t sure how many of the dozen or so businesses he shares a cramped, sun-bleached strip mall with will still be open in a year’s time.

The strip mall – like the majority of businesses along this stretch of Vignes St. in downtown Los Angeles – is filled with the offices of cut-rate criminal defense attorneys, greasy taquerias and bail bondsmen like him. But after Gov. Jerry Brown signed a bill earlier this week making California the first state to eliminate bail for suspects awaiting trial, Potter – whose father founded Bert Potter Bail Bonds 54 years ago – doesn’t think these small businesses, and the state’s bail bond industry as a whole, will be able to survive.

“We’ve been in business 54 years and it’s been a pretty decent business for a lot of those years,” Potter, 60, told Fox News. “But this bill is going to totally kill the business. It's dead.”

Based on a framework laid out by the state’s judicial council that replaces bail with a “risk assessment” of an individual’s likelihood of returning for court hearings and the danger they pose to the public, the new law allows the superior courts in each of California’s 58 counties to set procedures for deciding who to release before trial.

'This is bad. This is really, really bad.'

Most suspects accused of nonviolent felonies would be deemed “low risk” and released within 12 hours of booking, while those charged with serious, violent felonies – making them “medium risk” or “high risk” – would stay in jail before trial. It’s still unclear how it will be determined which suspects fall into each category or how long they might spend in jail.

But those in the bail bond business say the ones facing the most risk right now are the bail bondsmen themselves. The industry employs 7,000 Californians, including 3,200 licensed bail bondsmen, according to a report by the Sacramento Bee. Now, their livelihood is threatened. 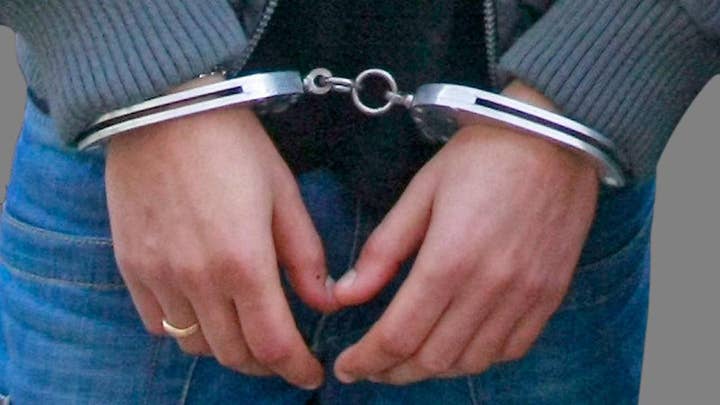 “This is bad. This is really, really bad,” Amparo Carrillo, who works at Bail Boys one storefront over from Potter Bail Bonds, told Fox News. “It’s going to be devastating to our business.”

Many advocates of the California law argue that doing away with bail will force courts to treat rich and poor defendants equally by making incarceration about a suspect's risk to public safety, not the ability to pay. It is also meant to reduce the number of people behind bars in California’s notoriously cramped local jails and ease the financial strain on those incarcerated.

California’s median bail – around $50,000 – is the highest in the nation and nearly two-thirds of inmates in the Los Angeles County jails are awaiting trial, with many being unable to afford the cost of bail.

"Our path to a more just criminal justice system is not complete, but today it made a transformational shift away from valuing private wealth and toward protecting public safety," the law's author, state Sen. Bob Hertzberg, a Democrat from Van Nuys, said in a statement.

About a dozen or so bail bond businesses sit across the street from the Los Angeles County Men's Central Jail and the Twin Towers Correctional Facility. (Andrew O'Reilly/Fox News)

Carrillo, who spent her morning fielding collect calls from inmates across Los Angeles County, disputed the arguments made by proponents and said the new law will actually keep more people in jail.

“The poorest people always find a way to pay,” she said. “They make phone calls, ask family and friends; they come up with the money.”

California’s new system, which is slated to be fully up and running by October 2019, is expected to not only eliminate the commercial bail industry, but also add thousands of state jobs, potentially growing the ranks of the public worker unions. The expansion is estimated to cost $200 million a year.

Clay Potter says, that given insurance and other expenses, most bail bondsmen are already having a difficult time scraping by. (Andrew O'Reilly/Fox News)

Many bail bondsmen, who say that with rising insurance and other expenses they are already just scraping by, argue the new system will just be another cost coming out of the taxpayers' pocket.

“The state wants $200 million to implement this plan,” Potter said. “Well, that’s taxpayer money that’s going to have to cover that in a state with already high taxes.”

California's new law is the latest development in the nationwide debate over bail, which critics say unfairly punishes people for being poor.

In New Mexico, the decision by a judge to allow the release of several members of an extended family accused of child abuse at a desert compound caused a political uproar.

The judge said her decision was tied to recent reforms that set a high bar for holding suspects without bail.

Prosecutors, however, allege that the group was training children to use firearms for an anti-government mission and are fighting to keep the suspects from being released.

New Mexico voters approved an overhaul of the pre-trial release system in 2016.

Other states have also been watching California as they weigh overhauling their bail systems, said Margaret Dooley-Sammuli, who works on criminal justice issues for the American Civil Liberties Union.

The ACLU has been in talks with more than 30 other states about bail overhaul and is now advising them to avoid using California as a model because its system won't ensure due process and won't prevent racial bias, she said.