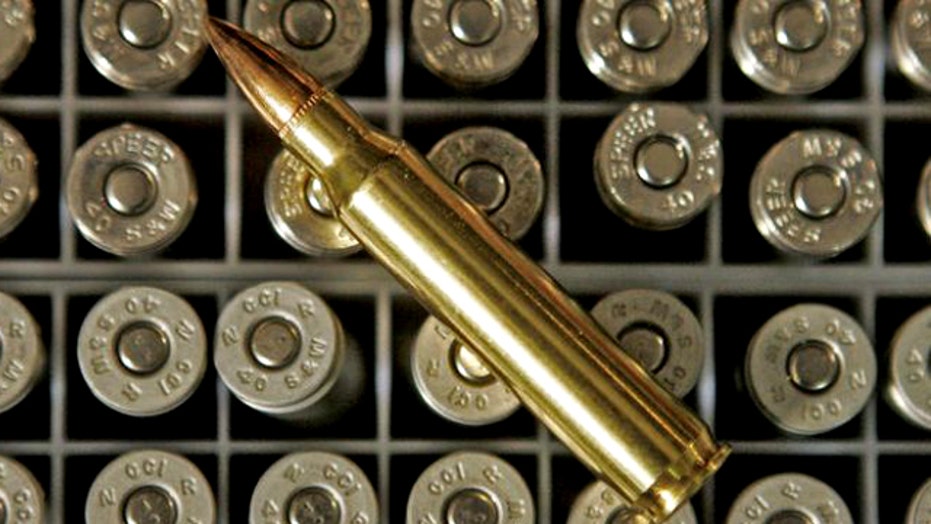 California already has the most restrictive gun laws in the nation. Buying a handgun requires registration, a safety certificate, a 10-day waiting period and a rigorous background check. All direct person-to-person sales are banned and concealed-carry permits are rare.

But now, in the wake of the Newtown tragedy, lawmakers in the Golden State have launched into a new legislative frenzy to restrict firearms further. And they're confident the measures will pass, given Democrats have a two-thirds "super majority" in both chambers -- which means they have the power to pass legislation and get constitutional amendments on the ballot without a single Republican vote.

"Almost any idea that anybody in this country has, as to further regulate and limit access to weapons or ammunition, is probably going to get passed in California," said Democratic strategist and USC law professor Susan Estrich.

One Republican lawmaker wants a lifetime ban on gun ownership for anyone who's ever been ruled a danger to others because of mental health issues -- even if they've been successfully treated.

A bill being reintroduced by Democratic state Sen. Leland Yee seeks to ban bullet buttons, a feature that -- he argues -- makes some guns, like the AR-15 rifle, easier to reload.

"What we're trying to do with our bill is to ban that particular weapon, because it is in fact a loophole in the assault weapon ban," said Yee, referring to the popular AR-15.

Ever-evolving regulations stand a decent chance of passing because not only is the legislature controlled by Democrats but so are the state's top offices. Last fall, Gov. Jerry Brown outlawed the open carrying of long guns in California cities, while State Treasurer Bill Lockyer wants the state's public employee funds to stop investing in companies that make certain guns.

Gun store owners worry about the economic impact of the kind of ban Yee is proposing, because it would outlaw some of their best-selling models.

Bill Sharff, owner of STS Guns outside Sacramento, showed Fox News an AR-15 rifle deemed "California legal." He said: "If this gun were to be declared an assault weapon, it would in all likelihood put us out of business."

Gun owners say lawmakers are chipping away at a constitutional right -- not to increase safety or reduce the risk of violence, but to assert power.

"They know that as long as there is armed populace in the state, they will never control the people the way they want to," contends Sam Paredes, executive director of Gun Owners of California.

Advocates for gun rights are vowing to lobby state lawmakers in Sacramento, rally citizens across the state, and take their fight to court if need be. Other states will be watching closely, to see how far California can bump up against the Second Amendment, and whether any new gun control laws actually make a difference.