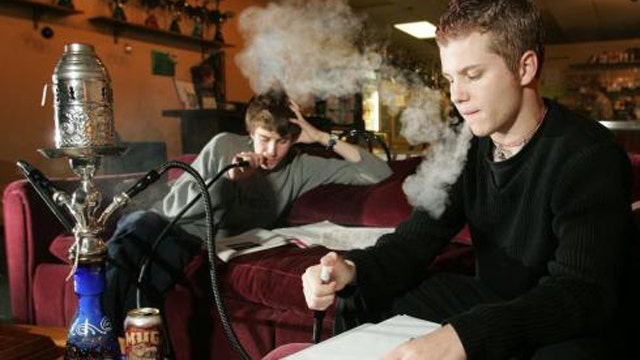 Many think it's a safer alternative to smoking cigarettes

As the flavored e-cigarette debate gains momentum with the CDC urging the public to stop vaping, attempts to ban flavored tobacco in California have died in the legislature.

One of the critical killing points? Concern over impeding a Middle East tradition, lawmakers say.

In the state Senate in May, a flavored-tobacco ban was advancing toward the Senate floor but only after it was amended to exclude hookah products.

Hookah, sometimes called shisha or nargila or argila, is tobacco smoked through a large water pipe and popular in some Middle Eastern cafes across the country. It is sold in a wide array of flavors ranging from watermelon and apple to chocolate-mint and coconut.

“Members wanted the bill to exclude hookah bars, and the senator refused to accept that,” Republican Sen. Shannon Grove, the first female veteran elected to serve in the California legislature and who serves as a member of the Senate Committee on Health, told Fox News. “To my knowledge, it was painted as a cultural issue.”

The “cultural” stance is said to have created some nervousness among lawmakers over how they would be publicly received, leading to the exemption amendment.

However, the hookah amendment triggered the bill to lose support from the American Lung Association in California, the American Heart Association and the American Cancer Society Cancer Action Network. In a joint letter, the groups announced their full opposition to the bill.

“Exempting hookah products sets a terrible precedent and undermines the foundation of the original legislation to protect youth, low income and minority communities from flavored tobacco,” the organizations wrote to State Democratic Sen. Jerry Hill, the architect of the Bill 38, intended to “combat the epidemic use of flavored tobacco products by youth.”

In Iran, families meet for picnics beneath the bridge, often bringing food, musical instruments and the water pipe known as a hookah or shisha. (Fox News/Hollie McKay)

Instead of allowing the amended bill to go to vote, Hill instead opted for a full withdrawal.

A statement issued to Fox News by Hill’s representatives said that “a special interest group had sought changes to the bill arguing that it raised concerns among communities for whom the use of flavored hookah tobacco is a cultural tradition and among proprietors of hookah lounges.”

“I find it hard to believe that use of gummy bear and bubble-gum flavored tobacco in any form is a cultural tradition,” Hill stated.

A representative for San Diego-based hookah lounge Fumari, which rallied hard against the attempted prohibition, asserted that Hill’s bill “would have cut at the heart of a cultural heritage.”

“(Hookah) was smoked after royal dinners and at diplomatic meetings,” Fumari’s corporate counsel, Rima Khoury, who collaborated with the Hookah Chamber of Commerce and other local Hookah lounges to push for the exemption, told Fox News. “The Egyptians introduced the use of a variety of tobacco flavors that are now considered part of the hookah experience. Today, Hookah smoking tends to be at the center of cultural, business, and social meetings. The State of California has the largest number of Arab Americans than in any state, with the Los Angeles area constituting the largest cluster in the state.” 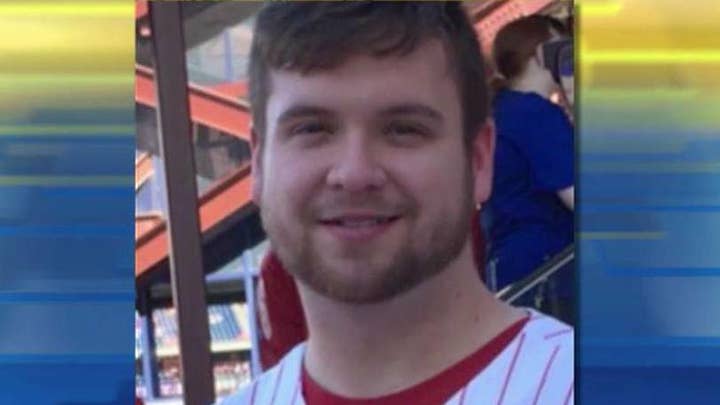 Khoury stressed that approximately 13 percent of the entire Los Angeles population, many of whom are politically active, would be affected by a tobacco-flavor ban.

“A flavor ban would cut at the heart of many hookah using adults partaking in their culture and undermine businesses owned by immigrants who oftentimes support their entire family through their tobacco retail shops or hookah lounges,” she continued.

Arnie Abramyan, president of the Hookah Chamber of Commerce, concurred that “hookah has been around for hundreds of years.”

“Unless we stand up and educate legislators about the difference, our culture and heritage will become collateral damage in the war against vape,” he said.

Yet others agree with Hill that the “cultural tradition” sentiment is flawed and urged California legislators to research thoroughly.

For one, Ayman Abdel Nour, a Syrian American and Middle East affairs researcher, said that traditional hookah smoking used flavorless tobacco. He noted that infusions were added to the mix in recent times as a marketing gimmick.

"Originally, it wasn't a good taste, it smelled bad, and it was harsh and not appealing to young people. Then in the '90s, companies started adding fruit flavors," Nour explained. "Then it exploded over the world and became very popular with young people because it was tasty. The cultural tradition is pure tobacco, not flavored hookah."

In the California state Senate in May, a flavored-tobacco ban was advancing toward the Senate floor – but only after it was amended to exempt hookah products. Hookah, sometimes called shisha or nargila or argila, is tobacco smoked through a large water pipe and common in Middle Eastern cafes across the country. It is sold in a wide array of flavors ranging from watermelon and apple, to chocolate-mint and coconut. (REUTERS/Susana Vera)

Over the past few years, the U.K. and European Union have put in place legislation as to how hookah can be marketed – prohibiting the alluring photos of exotic fruits and dripping chocolate. Packets must instead feature glaring health warnings.

While the history is murky, experts also say that it did not originate in the Middle East. Instead, it is believed to have started in India and gradually spread to Persia and was initially used to smoke opium and hashish. It’s also controversial within the Islamic faith.

“In many Middle East regions, hookah bars are for men only, and in some Muslim countries, smoking is thought to be forbidden act,” Hookah.org states.

Several countries such as Saudi Arabia and the UAE have introduced controversial smoking bans, and many prohibit smoking during the holy month of Ramadan.

Nonetheless, hookah use in the U.S. and other Western countries gained momentum in the 1960s. The U.S. Food and Drug Administration last year documented that the use of flavored tobacco products by youth had reached “epidemic proportions.”

And in late August, public health officials reported the first death in an eruption of severe lung disease linked to vaping. The illness, still under investigation by the CDC, has sickened hundreds of people across the country – mostly teens and young adults. Victims claimed to have vaped both cannabis and tobacco products. Symptoms often begin with breathing problems, fatigue and chest pain, spiraling into gastrointestinal issues, and the possible need for mechanical ventilation.

But other experts contend that sweeping government bans can have the reverse effect and lead to an uptick.

According to a report released in late August by free-market think tank The Heartland Institute, several California localities that previously restricted access to flavored tobacco products found that youth e-cigarette use went up, and that other flavored products including hookah remained high.

“Rather than restricting adult access to e-cigarettes and vaping devices, policymakers should redirect current tobacco moneys to education and prevention programs,” the Heartland report surmised. “Furthermore, municipalities ought to implement consequences for youth who are found in possession rather than across-the-board bans and other restrictive measures.”

Grove noted that she opposed the California effort this year, on freedom of choice grounds.

“I (opposed) the legal product being banned in the state of California,” she added. “Adults do use flavored tobacco products to quit smoking, and adults should be able to make their own choices.”