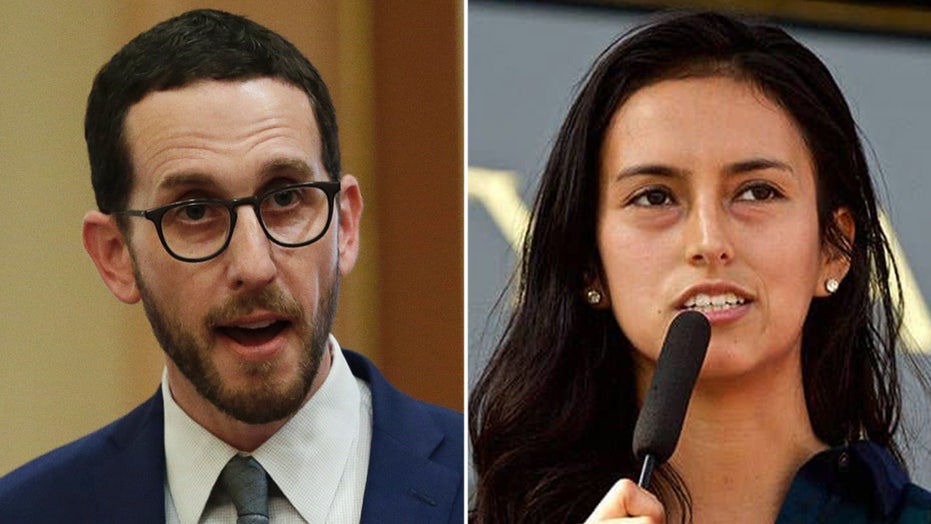 California Democratic state Sen. Scott Wiener tweeted Thursday that he would not accept any contributions to his reelection campaign from law enforcement unions and would donate those he's gotten so far to nonprofits "serving at-risk youth of color" -- but his opponent, also a Democrat, replied that his commitment was not enough and included "loopholes."

Wiener represents San Francisco in the state's legislature and has been highly active on social media in the wake of the death of George Floyd in the custody of the Minneapolis Police Department last week.

"#GeorgeFloyd’s murder at the hands of police is both horrific & another reminder of the systemic racism in our criminal justice system — racism that directly leads to the death of many black ppl. We must continue to fight for structural reform of a broken system," he said in a separate tweet earlier this week.

But he's being challenged from the left by Jackie Fielder, who identifies herself on her website as "a Native American (Two Kettle Lakota and Hidatsa), Mexicana, and queer educator and organizer." She is also the founder of the San Francisco Public Bank Coalition, which succeeded in getting the city to take steps toward establishing a municipal bank.

Fielder in recent days has prodded Wiener over his past acceptance of donations from police unions, and as early as December she was decrying police unions' influence on elections.

LOCKDOWNS SEEN AS WORSENING RIOTS, IN TURN HITTING BUSINESSES EVEN HARDER: 'IT'S A PERFECT STORM'

And though Wiener ceded to her demands Thursday, Fielder said it isn't enough.

"My opponent @Scott_Wiener conceded to my challenge issued on Sunday," she said. "However, this: 1) Doesn't account for $45,000+ from your first State Senate campaign 2) Falls short of a commitment to reject contributions from PACs funded by law enforcement associations."

She added: "No loopholes."

Wiener was first elected to his current seat in 2016 and is running for reelection this year.

San Francisco, known for its liberal politics, produced two Democrats -- Fielder and Wiener -- out of its open primary earlier this year. The only Republican running for the seat got just over 11 percent of the vote.

According to the San Francisco Examiner, a group of district attorneys, including San Francisco District Attorney Chesa Boudin -- who previously worked for Venezuelan socialist strongman Hugo Chavez -- recently asked the California State Bar to ban police union donations to prosecutors' campaigns. Fielder hailed the development as a positive on her Twitter feed.

The debate over the influence of law enforcement unions in elections comes after the death of George Floyd in the custody of the Minneapolis Police Department last week. An officer used his knee to pin Floyd to the ground by his neck for several minutes. Two separate autopsies of Floyd's body concluded his death was a homicide.

Video of the officer kneeling on Floyd's neck while Floyd begged for air went viral and sparked protests across the country against racial inequality and police brutality. There have also been riots, primarily at night, in several major cities, leading to curfews being imposed from Los Angeles to Washington, D.C., to New York City.