California Attorney General Xavier Becerra said Sunday that he will "definitely and imminently" file a lawsuit against the Trump administration for declaring a national emergency at the U.S.’ southern border.

"It’s clear that this isn’t an emergency, it’s clear that in the mind of Donald Trump he needs to do something to try to fulfill a campaign promise," Becerra said during an interview on ABC News’ "This Week." The construction of a border wall has been a central issue for Trump since he first announced he was running for president in 2015.

Becerra added: "That doesn’t constitute a national emergency that would require us to essentially stand down on all sorts of federal laws and also violate the U.S. Constitution.”

Becerra, a former Democratic congressman for the state, has become one of the Trump administration’s biggest foils on a state level, especially in regards to the White House’s policies on immigration and border security. 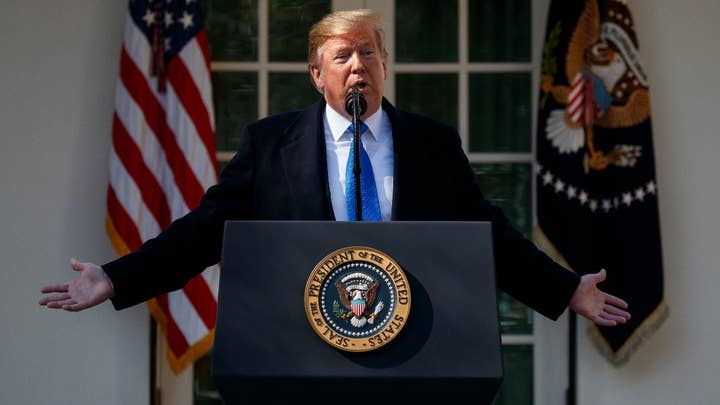 Trump declared the emergency Friday in an effort to go around Congress to fund his border wall. It would allow him to move federal dollars earmarked for military construction to the border — but is already facing legal and political challenges.

Democrats are planning to introduce a resolution disapproving of the declaration once Congress returns to session and it is likely to pass Congress. Several Republican senators are already indicating they would vote against Trump — though there are not yet enough votes to override a veto by the president.