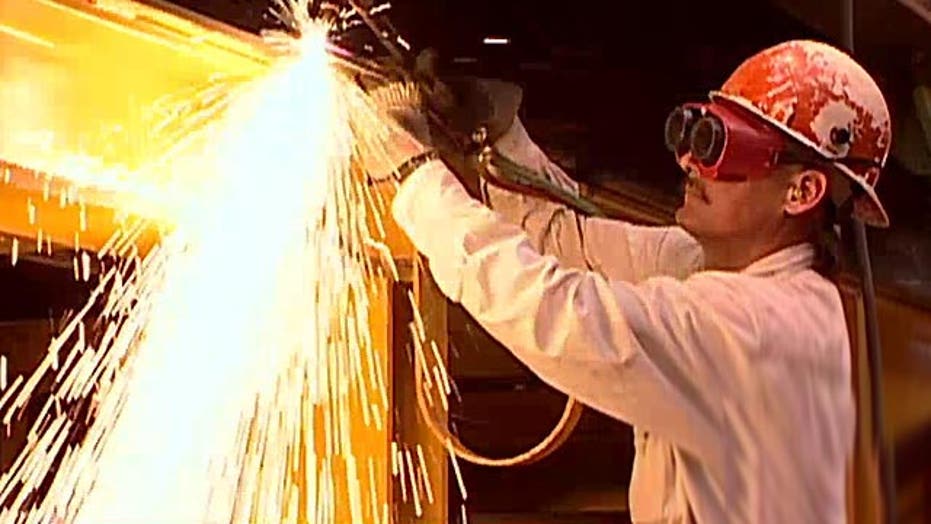 Businesses are cutting jobs due to ObamaCare, according to surveys by several regional Federal Reserve Banks.

Health economist John Goodman noted that "three Federal Reserve Banks in Philadelphia, New York and Atlanta have surveyed the folks in their area and roughly one fifth of the employers are saying they cut back on employment.

Small business is responsible for the vast majority of job creation in the U.S.

The president repeatedly has delayed the mandate requiring businesses with more than 50 employees to provide insurance. But businesses know it's coming, so many avoid hiring to keep their worker rolls below 50.

Also, the mandate applies only to those who work more than 30 hours a week -- an incentive for employers to reduce hours.

Merrill Matthews of the Institute for Policy Innovation noted, "you have a kind of a natural cliff there, that keeping your employees under that magic number" relieves employers of the mandate to provide insurance.

"The 30-hour cutoff is how the administration determines whether you're full time or part time," Goodman explained. "And so we see this everywhere that people are restricted, they're pushed below 30 hours, they count as part time and when they're part time, the employer doesn't have to provide health insurance."

More than a third of manufacturing firms in the NY Fed survey said they're raising prices to cover the costs of health care, and about half the businesses surveyed by the Dallas Fed said ObamaCare is raising insurance costs for their employees.

"Yes we are going to see increased cost to employers who are trying to provide health care for their employees,but employers don’t just take that lying down," said Tevi Troy of the American Health Policy Institute.

Goodman added, "Even among full-time workers, their take home pay is going to go down because one thing that almost all the employers are doing in response to ObamaCare is raising the deductibles, raising the co-payments and making the employee pay more of the premium."

On Monday, the administration reported that 279,000 people have yet to clear up discrepancies in their income data, which could mean their premiums will go up, as well.

Officials also say 115,000 still have not resolved their immigration status. Their insurance will end if they don't clear things up by Sept. 30.