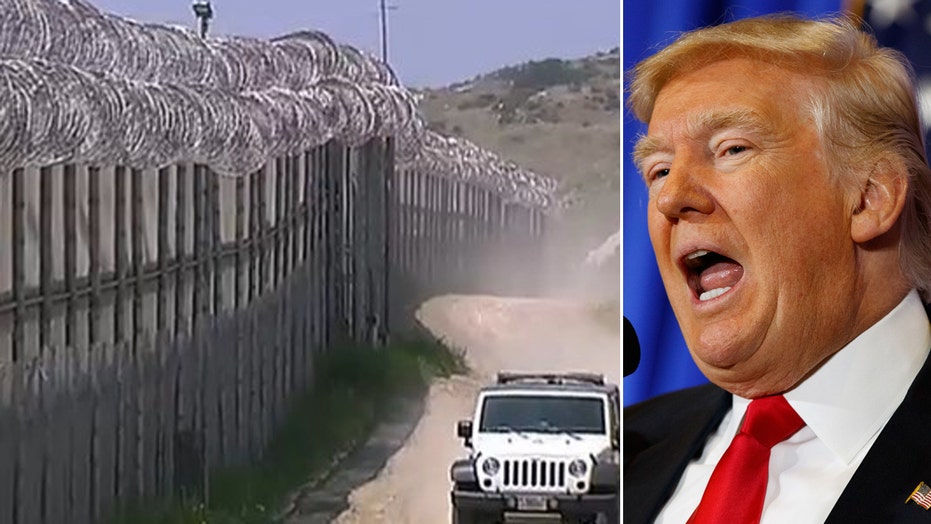 Is the price right for Trump's border wall?

Rep. Henry Cuellar and Lt. Col. Tony Shaffer give their take on the debate brewing in Congress

BROWNSVILLE, Texas – President-elect Donald Trump’s pledge to build a U.S.-Mexico wall has touched off a fierce debate in the U.S. border towns that would be most affected – with local Democrats vowing to fight Trump tooth and nail if he proceeds.

“Mexico is an ally, not an enemy,” Rep. Filemon Vela, D-Texas, told FoxNews.com. “It is our second-largest trading partner, and building a wall between two countries with such important ties is a senseless and wasteful exercise."

Vela is a colorful Trump critic. He made headlines after calling the president-elect's illegal immigrant policies “hateful, dehumanizing, and frankly shameful.” In a public letter, he also advised Trump to “take your border wall and shove it up your ass.”

Vela is part of a growing number of Democratic lawmakers bracing for a fight with Trump over his proposed 1,933-mile border wall with Mexico -- one of several big immigration clashes on the horizon. Many Democratic officials in "sanctuary cities" also are preparing to battle Trump over his threat to cut their federal funding.

On Wednesday, Trump stood by his promise that the U.S. would begin building the wall immediately after he takes office and force Mexico to pay for it, whether by tax or direct payment.

"It's not a fence -- it's a wall," he stressed at a press conference, citing support he heard during his campaign rallies for the plan. "I don't want to wait."

Mexican President Enrique Pena Nieto, in an interview with The Guardian, insisted Mexico "absolutely" will not pay for the project.

“I think we need to secure our border. I just want to do it in a smart way – in a way that’s efficient, it’s effective, it’s something that works instead of just saying a wall,” Cuellar said. “It’s a 14th century solution to a 21st century problem.”

Trump’s own pick for secretary of Homeland Security testified Tuesday at his Senate confirmation hearing that a border wall isn’t the only answer.

“A physical barrier in and of itself will not do the job,” retired Marine Corps Gen. John Kelly said. He pushed for a “layered defense” that includes deploying drones to patrol the gaps in the existing wall as well as an increase in Border Patrol agents.

In Brownsville, Texas, which shares a border with Matamoros, Mexico, Democratic Mayor Tony Martinez argues Washington is out of touch with conditions on the ground. A trial lawyer by trade, he believes the wall sends the wrong message.

“Why don’t you go to the source of the problem?” Martinez said. “Let’s address real immigration reform.”

Republicans for years have argued that border security should come before other aspects of immigration reform.

Martinez advocates for bi-national talks between the United States and Mexico. The two nations already collaborate closely on security issues and often share intelligence through a partnership forged in 2007 to help stem drug trafficking.

Martinez has been invited to Mexico City in February to discuss options between the neighboring countries. As for the wall, Martinez calls it “an illusion.”

Trump still has allies in Congress who support his goal of constructing a complete physical barrier, parts of which already exist. GOP Rep. Duncan Hunter, in a FoxNews.com column, urged Trump to follow through on the campaign promise.

Local law enforcement, meanwhile, are waiting to see how the debate shakes out.

In Cameron County, Sheriff Omar Lucio dislikes the wall idea and blames the media for trumping up security fears. Lucio and his staff of around 100 are responsible for securing 60-70 miles on the most southern tip of Texas.

Lucio, who was just elected to his fifth term as sheriff, told FoxNews.com he found it “insulting” that the majority of Washington lawmakers have never set foot in Texas. He noted his county already has a border barrier in spots and suggested it hasn't helped.

“Perception becomes reality,” he said. “Come down here and see for yourself.”