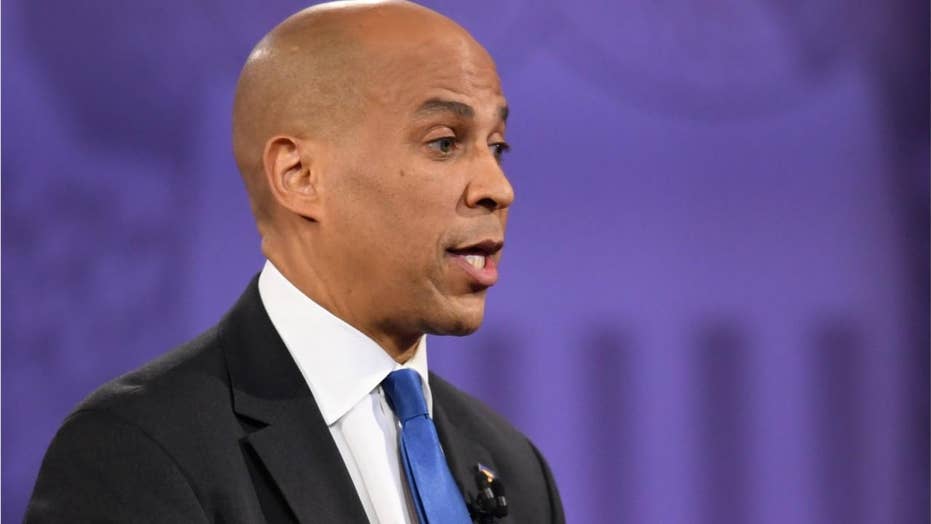 2020 Democratic presidential primary hopeful Cory Booker defended his flagging campaign on Sunday and pleaded with voters to support his White House run after he swore off taking money from political action committees.

“We need to unite and the next president has to be a healer and get us back to one nation under God,” Booker said during an appearance on CBS’ “Face The Nation. “Partisanship has divided us and made tribalism. We need a leader to inspire.”

Booker is sitting in the middle of the crowded Democratic field with a campaign that is struggling to bring funds after swearing off donations from PACs.

Earlier in the week, a super PAC formed to support Booker’s Democratic presidential campaign announced it was shutting down.

Phillips, a former college classmate of Booker’s, said that it became clear while trying to fundraise for Dream United "that the donor community is strictly adhering to Senator Booker’s publicly articulated wishes that he does not welcome independent support." The group raised a little over $1.1 million during the first six months of the year, far short of Phillips' stated $10 million goal.

Booker’s campaign has been floundering in the polls, with the Real Clear Politics average of national polls showing the New Jersey senator pulling in less than 2 percent of the vote, compared to the frontrunner, former Vice President Joe Biden, who has 27 percent. Booker’s fellow senators, Bernie Sanders of Vermont and Elizabeth Warren of Massachusetts, are also faring much better – averaging around 18 percent and 16 percent, respectively.

Booker released a new digital ad on Sunday meant to sway voters in the early caucus state of Iowa, where he is polling at just under 2 percent. South Bend, Ind. Mayor Pete Buttigieg holds a surprising lead in Iowa with 24 percent.