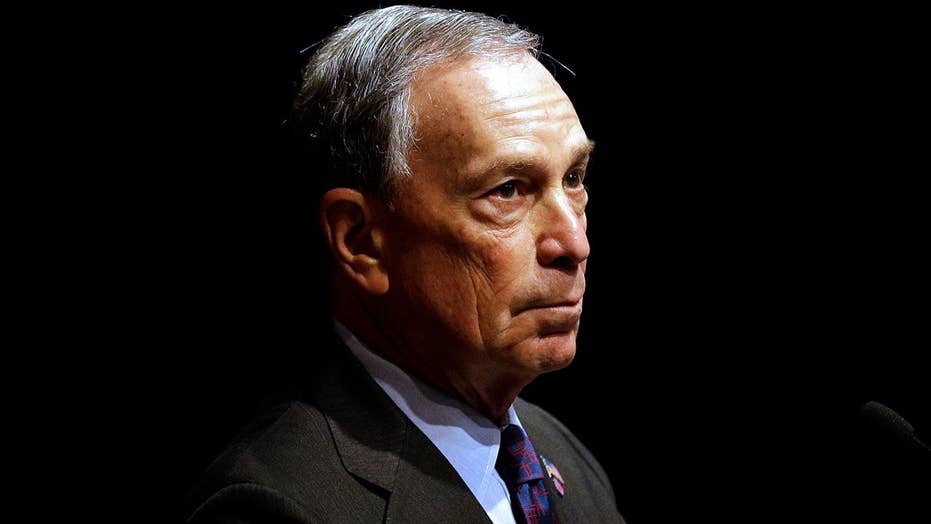 And Bloomberg – who’s supported Booker during his tenure as Newark, N.J., mayor and later in the Senate – later acknowledged Friday, “I probably shouldn’t have used the word.”

BLOOMBERG ON HIS 2020 DEM RIVALS: 'TRUMP WOULD JUST EAT THEM UP'

Booker – one of only two remaining black candidates left in the still large field of Democratic White House hopefuls – said Friday in an interview on SiriusXM that “it’s sort of stunning at times that we are still revisiting these sort of tired tropes." He added: "The fact that they don’t understand is problematic.”

Booker spoke soon after Bloomberg said in an interview that aired hours earlier on "CBS This Morning" that Booker is “very well-spoken.”

The former New York City mayor and multi-billionaire business and media mogul -- who’s already spent more than $50 million to run TV campaign commercials in the two weeks since launching his White House bid -- was asked in the interview about recent criticism by Booker, who was visibility upset earlier this week after his good friend Sen. Kamala Harris of California ended her White House bid. Booker said "there’s more billionaires in the 2020 race than there are black people."

With Harris out of the race, Booker and former Massachusetts Gov. Deval Patrick are the two remaining black candidates. Besides Bloomberg, billionaire environmental and progressive advocate Tom Steyer is also running for the nomination.

"He's very well-spoken. He's got some good ideas. It would be better the more diverse any group is, but the public is out there picking and choosing, and narrowing down this field,” he added.

Booker – in his interview – said that “this is part of the campaign and lots of people say things that they wish they could take back and I’m sure people, if Mike gets it now and I hope people around him are talking to him about why that plays into what is for the black community in particular just, these are signs of frustration that we continue to deal with.”

Booker pointed to the numerous blackface controversies this year and added “I don’t think folks understand with Kamala dropping out of the race, why so many people, friends of mine and family members of mine who weren’t even supporting her, found insulting, not being in this race with her qualifications, her experience, her talent and her gifts and other people are -- who frankly are, very bluntly, do not have her same record.”

Booker also spotlighted his long working relationship with Bloomberg, saying, “Mike and I have known each other for a long time. When I was first becoming the mayor of the city of Newark, he gave me a tremendous amount of practical support and so I just have a great deal of regard for him as somebody who helped me help the city of Newark.”

Bloomberg, speaking with reporters after a campaign event in Augusta, Ga., later on Friday, highlighted that Booker “was on the board of my foundation. Cory Booker endorsed me three times. I endorsed him three times. We campaigned. We have stayed friends.”

But he added that “I probably shouldn’t have used the word. I can tell you he is a friend of mine. He is a Rhodes scholar. I envy him and he certainly can speak for himself.”

The news brought back memories of a campaign controversy from the 2008 presidential election cycle, when then-Sen. Joe Biden of Delaware described rival candidate Sen. Barack Obama of Illinois as the “first mainstream African-American who is articulate and bright and clean and a nice-looking guy.”

The comment created a firestorm of criticism, and Biden later apologized, saying "I deeply regret any offense my remark in the New York Observer might have caused anyone. That was not my intent and I expressed that to Sen. Obama."

Regardless of that controversy, the following year after he captured the Democratic presidential nomination – Obama named Biden as his running mate. And Biden went on to serve as vice president under Obama for eight years.