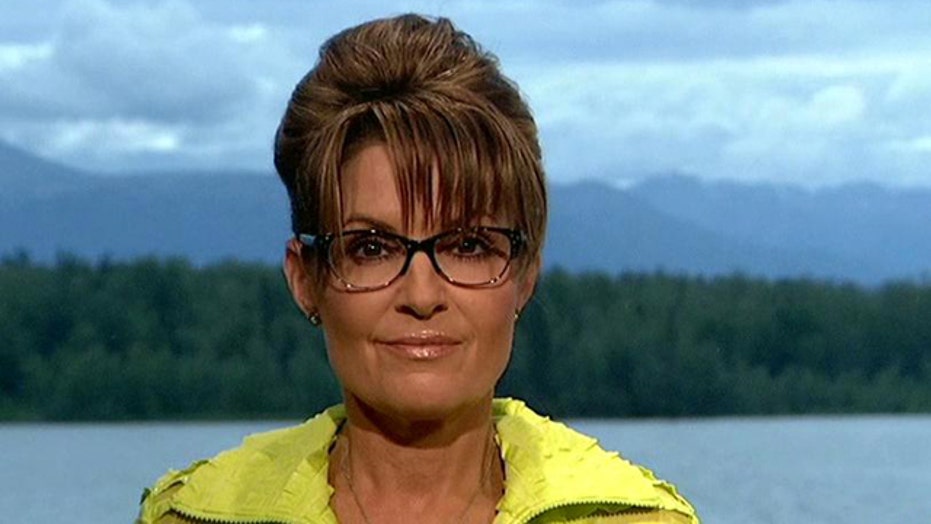 Sarah Palin on why it's time to impeach President Obama

House Speaker John Boehner is rebuffing calls from former Alaska Gov. Sarah Palin for President Obama's impeachment -- preferring instead to pursue a lawsuit against the president over his use of executive powers.

"The path that we're going is the right one to defend our institution against the encroachment from the Executive Branch and to preserve the Constitution of our country as it was written and as it was intended," Boehner told reporters.

Boehner's response to Palin's call reflects concerns about the tricky politics behind impeachment proceedings, and Republicans' own record of going down that road in the past.

"What [Clinton] did was stupid, but it had nothing to do with public policy and his office," she said.

Pelosi, during the prior administration, had resisted calls from her liberal allies to impeach President George W. Bush over the Iraq War. "I do think people could have made a case about President Bush, but I did not want to go down that path because of what it would mean for the American people," Pelosi said.

Palin touched off the debate earlier this week, saying -- in an online column and on Fox News -- that Congress needs to pursue impeachment against the "imperial president" for alleged violations of the Constitution.

She said the "tipping point" for her was the immigration crisis along the U.S.-Mexico border in Texas.

"Impeachment is a message that has to be sent to our president that we're not going to put up with this lawlessness," Palin told Fox News, joining conservative activists who have also been calling for that step.

The divide at this stage, though, seems to be between conservatives inside and outside the Beltway. While conservative groups may see it as a rallying cry to fire up the base, those on Capitol Hill recognize that any impeachment case isn't likely to go far as long as Democrats control the Senate.

New York Democratic Rep. Steve Israel said Boehner is right to stand his ground. "On this, I happen to agree with Speaker Boehner, that we should not be spending our time or wasting our money pursuing the impeachment of this president," Israel told Fox News in an interview.

George Washington University Law Professor Jonathan Turley said Obama has violated the separation of powers, and has increased the rate of growth of presidential power -- while still pushing back on the impeachment call.

"I believe it's reached a constitutional tipping point," Turley told Fox News in an interview. "But, to impeach him at this stage would be very difficult and I think unwise."

Turley, who testified in the Clinton impeachment, says Congress should fight to get its power back. "The talk of impeachment sheds more heat than light in this debate. I think the Congress is wise to try to find other means to bring this president into line with the separation of powers," he said.