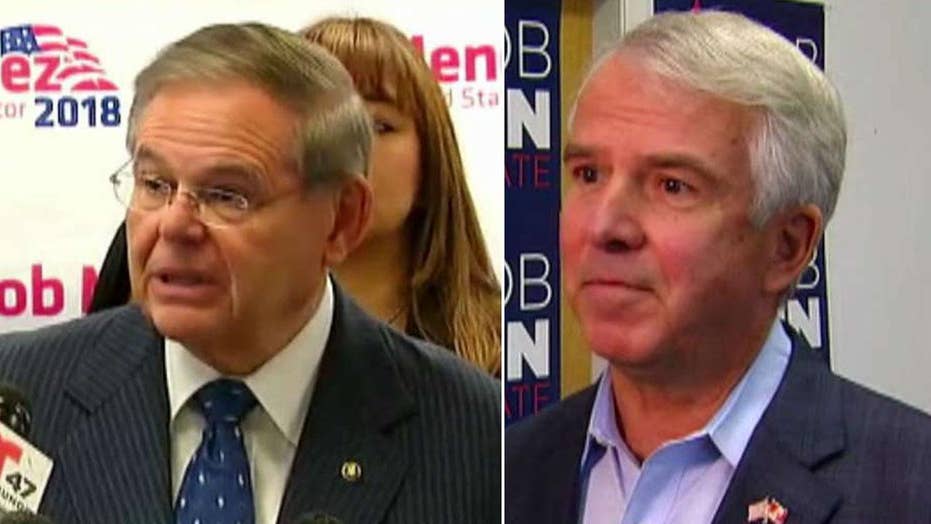 Although some Republicans had viewed Menendez as vulnerable due to a 2017 federal corruption trial, the two-term Senate veteran never trailed Hugin in pre-election polling.

Menendez fended off his wealthy Republican challenger and a barrage of ads about his tossed-out corruption charges to win re-election.

Hugin tapped his deep pockets for at least $27.5 million and spent on TV ads attacking Menendez over the 2017 trial on charges that he helped a friend with Medicare billing in exchange for lavish gifts.

Bob Hugin, the Republican challenger for Bob Menendez's seat in the U.S. Senate, speaks during a debate with the Democratic candidate, Sen. Bob Menendez, in Newark, N.J. in October (AP)

The charges were dropped this year after a mistrial.

The race was particularly significant because Democrats are defending 26 seats, including 10 incumbents running in states that President Trump won in 2016.

Voters in the Garden State settled a closely watched Senate contest between the Democratic incumbent and the Republican Hugin, who previously served as CEO of the drug maker Celgene.

Menendez secured his third term among six other candidates who were also on the ballot.

Voters also weighed in on a $500 million education bond issue.

The president said Tuesday that Hugin would be a "Great Senator."

Hugin has kept his distance from Trump, who's unpopular in New Jersey. He even said during the campaign that he's not a "Trump Republican."

Menendez campaigned in part on Trump's unpopularity and said Hugin would be a "rubber stamp" for the president.

In response to the president's tweet, Menendez tweeted, "Thank you."