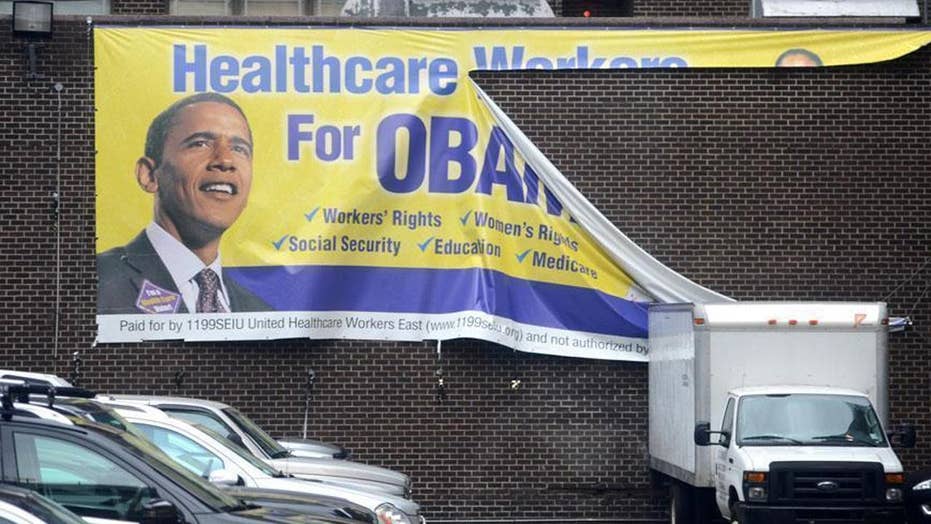 Blue Cross and Blue Shield announced Wednesday that it will no longer offer individual ObamaCare insurance plans in parts of Kansas and Missouri, citing more than $100 million in losses since 2014.

“Like many other health insurers across the country, we have been faced with challenges in this market," said Danette Wilson, president and chief executive of Blue KC, in a statement obtained by Fox4kc.com.

“Through 2016, we have lost more than $100 million. This is unsustainable for our company. We have a responsibility to our members and the greater community to remain stable and secure, and the uncertain direction of this market is a barrier to our continued participation.”

Blue KC said it will not renew plans or offer new ones for 2018. The company has 32 service areas throughout the states, and the change will impact 67,000 of the company’s 1 million customers.

Insurers are dropping out of the ObamaCare individual insurance market in large part because few-the-expected healthy people have enrolled, which has created a snowball effect of higher premiums and fewer enrollees.

The GOP-led Congress is trying to rework the 2010 law to make health care more affordable and keep insurers in the marketplace.

The Blue KC decision will not affect 2017 coverage for members covered under plans purchased on or prior to October 1, 2013. Members who receive coverage through their employers also are not affected.