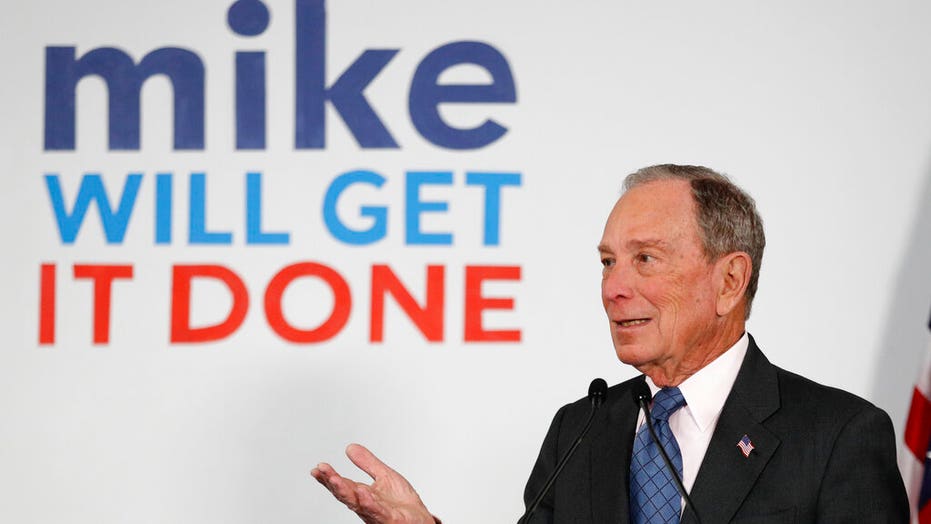 Democratic presidential candidate Michael Bloomberg gave voters paws Wednesday -- literally -- airing a campaign ad touting his support among dogs in New York, just one day after a clip of him shaking a dog's mouth rather than its paw at a campaign event in Vermont caused a stir on social media.

The short ad featured a variety of pups in a park with voice-overs praising his prowess to create jobs and tackle gun control legislation.

"Mike Bloomberg is the man to lead us," one dog said.

The final dog ended the video with the message: "I'm Mike Bloomberg's dog and I approve this message."

The ad seemed to be an attempt by the former New York City mayor to hit back at criticism about the way he interacted with a constituent's dog the day before.

Stu Loeser, a spokesman for Bloomberg, told Fox News on Tuesday that the candidate "has never met a dog he doesn't like and vice versa," and his latest ad reiterated that message.

The billionaire has spent $270 million on advertisements across the country ahead of the primaries. He has vowed to set his sights on raking in votes on Super Tuesday rather than actively campaigning in the initial early voting states.

Bloomberg is polling at 12 percent with Democratic primary voters just days before the Iowa caucus, according to the most recent Morning Consult poll released on Tuesday.

His popularity surpasses that of Pete Buttigieg, the former mayor of South Bend, Ind., who polled at seven percent, businessman Andrew Yang at five percent and Sen. Amy Klobuchar, D-Minn., at three percent.