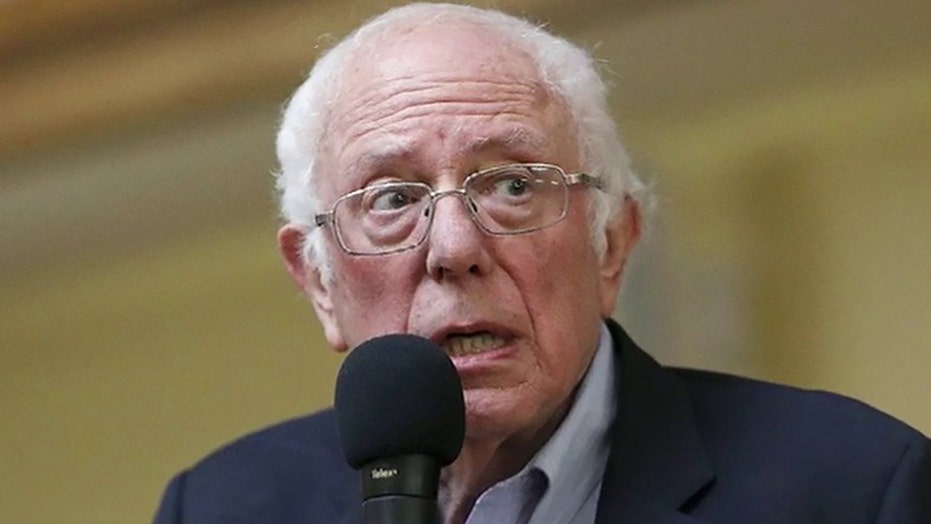 Which candidate can we expect Jewish voters to back in 2020? Republican Jewish Coalition executive director Matthew Brooks speaks out.

AIPAC confirmed Tuesday that he will attend the conference in March as one of several keynote speakers.

On Sunday, Sanders sounded off against AIPAC in defense of "Palestinian rights."

WARREN APPEARS TO AGREE WITH SUPPORTER THAT AIPAC IS AN 'UNHOLY' ALLIANCE' OF 'ISLAMOPHOBES,' 'WHITE NATIONALISTS'

"The Israeli people have the right to live in peace and security. So do the Palestinian people. I remain concerned about the platform AIPAC provides for leaders who express bigotry and oppose basic Palestinian rights. For that reason I will not attend their conference," Sanders tweeted.

Earlier this month, Warren vowed to skip AIPAC while appearing to agree with a supporter at a campaign event that pro-Israel group is an "unholy alliance" of "Islamophobes, anti-Semites, and white nationalists."

It is unclear if former Vice President Joe Biden, who previously spoke at the AIPAC conference in 2016, as well as billionaire Democratic donor Tom Steyer, or Rep. Tulsi Gabbard, D-Hawaii, had planned on attending the event.

In 2016, both party's front-runners at the time, Donald Trump and Hillary Clinton, spoke at the conference.