The U.S.-Mexico border stretches into the distance in Nogales, Arizona. (2013 Getty Images)

PHOENIX (AP) – Less than a week after President Barack Obama discussed immigration reform in a meeting with Pope Francis, a delegation of Roman Catholic leaders is visiting the U.S.-Mexico border Tuesday to raise awareness about the plight of immigrants and to pray for policy changes.

Cardinal Sean O'Malley, one of Francis' key advisers and the leader of the Boston Archdiocese, will be joined by members of the United States Conference of Catholic Bishops for an early morning walk in the desert along the border, followed by a Mass at the fence separating the two countries in southern Arizona.

"The purpose of this journey here to Arizona is to raise a consciousness about the need for our president and Congress to pass immigration policy and reform to address a broken system," said Bishop Gerald Kicanas of the Tucson Diocese. "We're also here to pray for those who have lost their lives along the border."

Dozens of immigrants die each year in the brutal desert terrain while trying to cross illegally into the United States along the roughly 2,000-mile-long border with Mexico. The Catholic leaders note that immigrants are simply trying to find better lives and jobs in America and that thousands of them have died crossing the Southwest desert in recent decades.

"What we fail to remember in this debate is the human aspect of immigration — that immigration is primarily about human beings, not economic or social issues," said Bishop Eusebio Elizondo, auxiliary bishop of the Archdiocese of Seattle and chairman of the conference's Committee on Migration. "Those who have died, and those deported each day, have the same value and innate God-given dignity as all persons, yet we ignore their suffering and their deaths."

The push for immigration reform in Congress has been stalled for months, with Democrats and Republicans unable to reach an agreement over the divisive issue.

House Democrats last week tried to force a vote on a comprehensive immigration bill, an effort that is likely to fail given Republican reluctance to address the topic in an election year while all signs point to major gains for the GOP in the November midterms.

The Senate passed a comprehensive bill last June, but the measure stalled in the GOP-controlled House where Republicans have argued for a piecemeal approach to reforming the system.

During his first meeting with Pope Francis last week at the Vatican, Obama expressed his interest in getting immigration reform through Congress, explaining during a news conference that "there was still an opportunity for us to make this right and get a law passed."

"And as someone who came from Latin America, I think he (Pope Francis) is very mindful of the plight of so many immigrants who are wonderful people, working hard, making contributions, many of their children are U.S. citizens, and yet they still live in the shadows, in many cases have been deported and are separated from families," Obama said.

The group of Catholic leaders spent Monday touring the border region in Mexico and Arizona and meeting with U.S. Border Patrol officials to learn more about the dangers and challenges agents face daily while patrolling a region besieged by drug smugglers and human traffickers.

"The primary purpose of our visit is to learn and understand, to experience firsthand the plight of migrants and the complexity of border issues in order to continue to prod our president and Congress to take steps to fix this problem," said Kicanas, the Tucson bishop. "There is drug trafficking, there is human trafficking and people are being exploited." 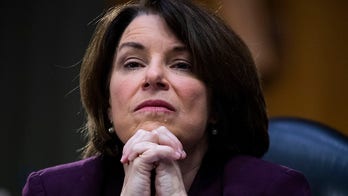 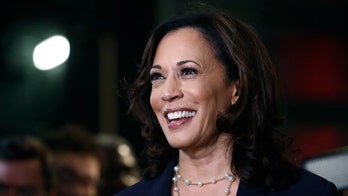