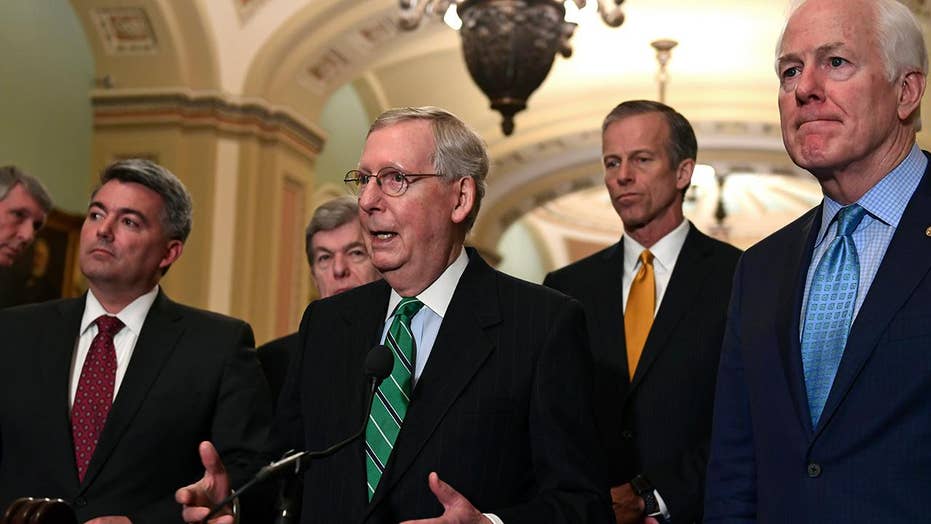 Conservatives pushing for a vote on an immigration bill

The Senate is preparing to begin a debate over immigration. In a separate development, the House panel is launching an investigation into the Rob Porter scandal.

A group of senators on Wednesday came up with a bipartisan immigration deal that would increase border security and give legal status to the so-called Dreamers, but fall short of President Trump’s “four pillars,” and— if passed —would likely be vetoed.

The so-called Common Sense Coalition is comprised of eight Democrats, eight Republicans and one Independent.

The compromise calls for $25 billion for border security, including the construction of the border wall over a 10-year period. The compromise falls short of Trump’s demand for immediate funding, The New York Times reported.

Nearly two million illegal immigrants, many of who came to the country as children, would be offered an eventual path to citizenship as part of the plan. The new citizens would not be allowed to sponsor their parents. The bipartisan deal leaves the diversity visa lottery in place, an immigration program Trump wants to ax.

Trump on Wednesday reiterated the need to pass the bill proposed by Sen. Charles E. Grassley, R-Iowa, that takes a more hardline approach to immigration.

“I am asking all senators, in both parties, to support the Grassley bill and to oppose any legislation that fails to fulfill these four pillars,” Trump said in the statement. He added that the “overwhelming majority of American voters support a plan that fulfills the framework’s four pillars, which move us towards the safe, modern and lawful immigration system our people deserve.”

The president said he would oppose any “Band-Aid” measure that gives legal status to Dreamers in exchange for a minimal increase in border security.

Republican leadership came out in support for Trump.

Senate Majority Leader Sen. Mitch McConnell, R-Ky., said Wednesday that “the president has made clear what principles must be addressed if we are going to make a law instead of merely making political points.” 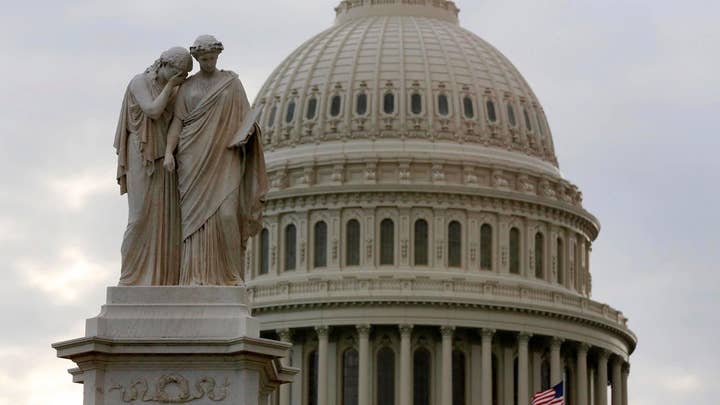 The Grassley bill would give a path to citizenship for young immigrants but it would also limit “chain migration,” beef up border security. It remains unclear whether the bill, which is favored by the White House, has a chance in Congress. Democrats oppose any plan to severely limit “chain migration,” a process when someone can sponsor a visa for a family member. Democrats are also opposed to ending the diversity visa lottery.

But it remains unclear whether the bipartisan agreement would reach the required 60 votes in the Senate to break the filibuster if brought up for the vote.

“The president’s going to have a vote on his concept. I don’t think it will get 60 votes,” said Sen. Lindsey Graham,  R-S.C., according to the Times. “The bottom line then is: What do you do next? You can do what we’ve done for the last 35 years — blame each other. Or you can actually start fixing the broken immigration system. If you came out of this with strong border security — the president getting his wall and the Dream Act population being taken care of — most Americans would applaud.”

Sen. Dick Durbin, D-Ill., said the bipartisan bill does not have the required votes yet, adding that he is encouraging the liberal wing of his party, who oppose compromises with Republicans, to support the bill. “There are plenty who don’t like this,” he said.