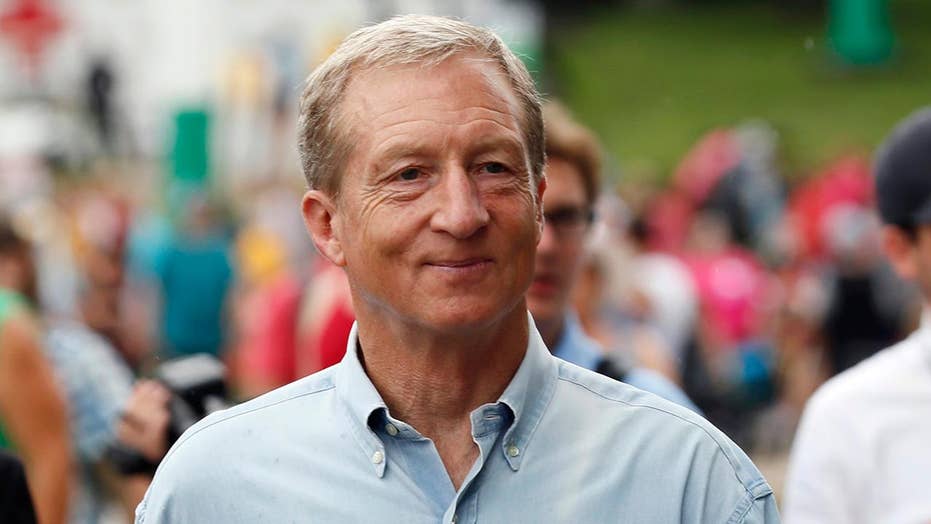 Billionaire environmentalist Tom Steyer called for the United States to work with its “frenemies” to combat climate change—giving the oxymoron its presidential debate debut Tuesday.

Steyer, who took the debate stage for the first time in Ohio, was asked about the crisis in Syria, but pivoted to talk about the environment, in an effort to rally friends—and enemies—around the world to aid in the fight against climate change.

“We can’t solve the climate crisis in the U.S. by ourselves, but we have to work with our allies and our frenemies around the world,” Steyer said.

A “frenemy,” according to the Oxford Dictionary, is a person with whom one is friendly despite a fundamental dislike or rivalry. It is likely the first time the term was used in an official presidential debate or official political setting.

Steyer, throughout his campaign, has maintained that the U.S. should be at the forefront of combating climate change.